How To Keep a Conversation Going on Tinder or Bumble? 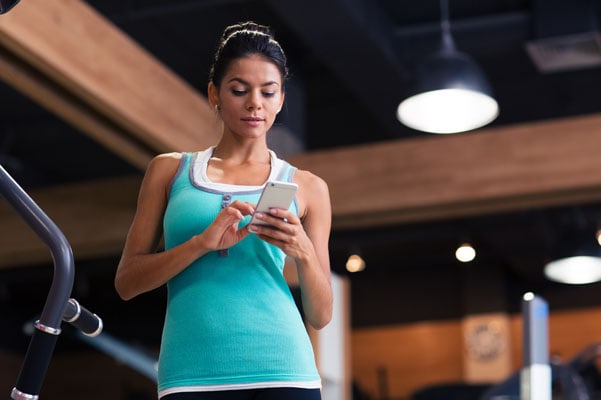 So you have finally downloaded Tinder or Bumble.

After being peer pressured by your friends to try it out, you’ve finally installed it on your phone.

You created your dating profile and started swiping, then…poof! A match has appeared. What do you do next?

To keep a conversation going on Tinder or Bumble, you’ll have to start somewhere.

Why Does My Match on Tinder or Bumble Ignore Me After a Few Messages?

Are you running into conversations that never last?

Do you feel like you suddenly getting ghosted on Tinder or Bumble?

There are many reasons why the guy or girl you are chatting with suddenly turns cold and stops replying to you.

However, the main reason is usually a lack of chemistry in the conversations.

If you sound bored or too desperate it will be hard to keep the chat going.

Today we will look into ways to turn your matches into dates by having better more exciting conversations.

Don’t Miss: 5 Creative Ways to Respond to “Hey” or “How are you”

Tips for messaging on Bumble and Tinder

1. When you receive a match, send a message right away.

Studies have shown that a quick message right after a match has a higher success rate than a message sent a few hours later.

Messaging someone right away when you get a match will imply that you’re so interested in them that you couldn’t wait any longer but instead messaged them right away.

2. When you receive the first message, respond right away!

Of course, the same thing will go if you receive a message from your match.

Once you see the other person’s message pop in, find a way to respond as soon as possible to relay that you valued their message enough to give a timely response.

Some “Pickup artists” suggest waiting a few hours or even days before sending a message to make it look like they are unavailable and to avoid looking desperate.

The logic behind this is that girls are more attracted to the unavailable guys.

I don’t believe this works with apps like Tinder or Bumble. If you are unavailable, the girl will just chat with other guys.

The attention span is very short for most singles on Tinder and if you don’t reply back the same day the girl might not even remember sending you a message or might already be on a date with the other guy.

Most guys and even girls online who aren’t interested in anything more than a one-night stand will send random messages to all their matches without ever reading their profiles.

Don’t be one of them. You have to read your match’s profile.

They put out their information on their profile because they want other singles to know more about them. So use it!

If you have similar interests, start with that! If they like something you don’t, joke about it!

Reading their profile will give you the information that you can use without appearing creepy.

Learn More: How to Write Good Tinder Bios for Men to Get More Matches?

Now, most of the time, it’s advisable to take the conversation outside of the app.

However, you or your match may not feel comfortable enough yet to share a phone number. So you would have to talk within the dating app most of the time.

When talking to your match, realize this: they have other matches.

Therefore you should know that they’re also talking to other singles as well.

In this modern dating era, you can easily dissolve into a tiny little blip in a relay of potential dates on a dating app unless you decide that you don’t want to be a mere blip.

To stand out on dating apps like Tinder or Bumble, you have to know the common mistakes that people make which make them fade into oblivion and forgotten in a pile of matches.

The Most Common Mistakes to Avoid to Keep the Conversation Going on Tinder and Bumble.

Instead of giving the other person a chance, you ask questions that don’t need explanations.

Asking questions that can easily be answered with a “Yes” or “No” is a subtle but serious mistake.

It kills the conversation.

When you send close-ended messages, you leave no room for the other person to engage, therefore, leading to them being bored and simply not replying.

Learn More: 17 Simple Tinder Opening Lines to Use on Guys to Get More Dates

Now, given that you both have similar interests. Spewing out paragraphs after paragraphs is a dreadful mistake that can cause the other person to get too overwhelmed.

They want to talk to someone fun, not to a professor.

Leave a room for them to respond, feel them out if they’re still interested in the topic.

If not, move on to something else to keep the conversation going.

Okay, fine. Tinder and Bumble are often used for hook-ups.

But that doesn’t mean everyone on there is only after that.

If you find yourself speaking with someone for a substantial amount of time, know that they’re interested in the conversation.

They’re interested in getting to know the other person before they move on.

When you make the mistake of moving too fast, there’s a high chance you’ll get unmatched.

And poof, just like that. Your match is gone forever.

What Are Some Ways to Keep the Conversation Going on Bumble or Tinder?

Regardless of whatever platform you use to talk to someone, you should give them the same respect you would anyone you’d meet outside a dating app.

Dating apps like Tinder and Bumble have gotten a nasty reputation in the past but it’s time to change that.

It is no longer just perverts and sleazeballs who are using these apps.

There are many people looking to really meet someone.

You’ll know when you come across them because of the effort they put into drafting their profile and the quality of the messages that you will receive.

Learning how to keep the conversation going on apps like Tinder and Bumble will establish trust between you two which can eventually lead to an actual date, two dates, then a relationship.

Read next: 100 Best Questions to Ask on Tinder to Keep the Conversation Going

Previous article
5 Easy Steps to Find and Meet Girls on Twitter
Next article
Examples of How to Seduce a Woman Over Text
Html code here! Replace this with any non empty raw html code and that's it.

How to Ask a Girl for a Second Date by Text?

How to Meet and Date Rich Women?

25 Good “About Me” Examples for Women (Online Dating)

What to Do If Your Husband is Obsessed With a Younger Woman?

How to Make Your Neighbor Fall in Love With You?

7 Cute Ways to Ask a Girl Out on a Date