14 Ways to Tell If Your Girlfriend is Texting Another Guy 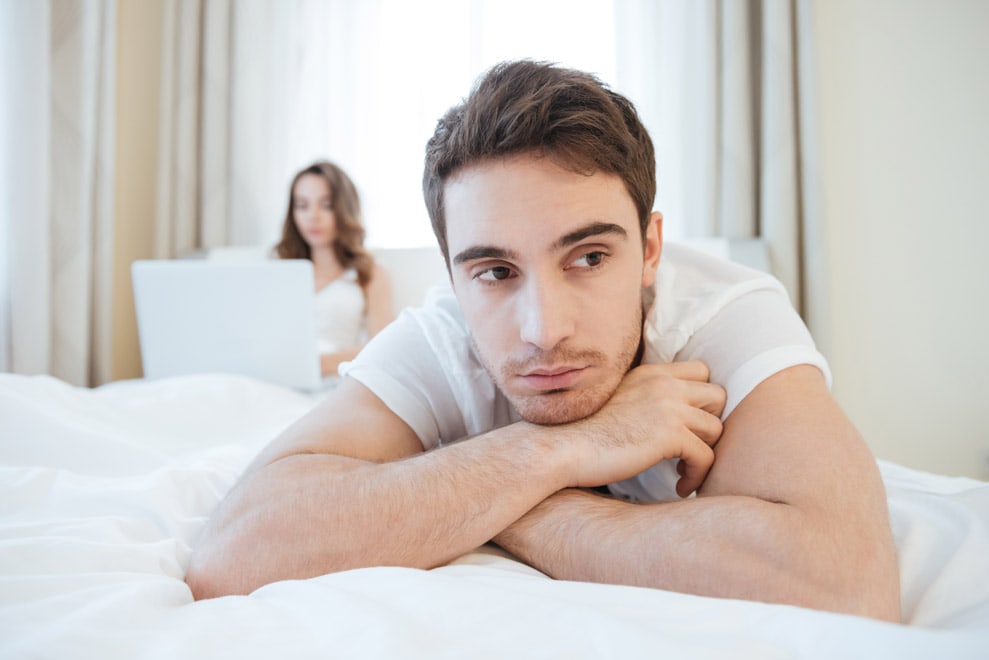 Do you have a feeling that your girlfriend is talking to other guys behind your back?

Maybe you’ve seen something on her phone that raised your suspicions or maybe you even caught her lying about the person she was chatting with.

When you suspect that your girlfriend is being unfaithful, it can be easy to become paranoid or even angry.

However, before you start accusing her of cheating it is always a good idea to confirm your suspicions.

You need to be sure that she is actually talking to other guys to avoid blaming her for something she is not doing.

If your girlfriend is constantly getting texts from unknown numbers or she is being secretive about her phone, that is definitely a red flag.

Of course, it’s possible that there’s a perfectly innocent explanation for this.

Maybe she is busy replying to texts from her work or she is receiving a lot of spam messages.

That’s why it is important to pay attention to the big picture and see if there are any other signs that might confirm your suspicions.

Don’t miss: 16 Signs She Sleeps Around

How to Tell If Your Girlfriend is Texting Another Guy?

If you notice that your girlfriend is suddenly texting much more than usual it is possible that she is talking to some guy that she recently met.

An even bigger red flag is when she acts defensive when you ask her who she is talking to.

2. She is Always Laughing at Her Texts

You may notice that she is laughing at all her texts and when you ask her about it she says that it is nothing.

If it was an actual joke sent by one of her friends she wouldn’t have problems showing it to you especially if she found it so funny.

However, if she quickly puts her phone away instead of sharing a joke with you, then she is definitely hiding something.

3. She Takes Forever to Respond to You

If she takes forever to reply to your texts or calls even when she is not busy with work or school, it might be because she is busy messaging someone else.

4. Her Phone is Always on Silent

If your girlfriend always switches her phone to silent mode when you hang out together, it might be because she doesn’t want you to see when she gets texts from other guys.

If your girlfriend changes her password and doesn’t tell you what it is, that might be another sign that something is going on especially if she had no issues sharing her phone password before.

6. She Gets Mad When You Look at Her Phone

If your girlfriend gets angry or defensive when you look at her phone screen, it is likely that she is hiding something from you.

She may even blame you for invading her privacy or tell you that she needs more space which shows that she is getting more distant.

7. She Never Lets You Use Her Phone

Your girlfriend should have no problem letting you use her phone if she has nothing to hide.

If she always makes up excuses why you can’t use it, then it is definitely a red flag.

Don’t miss: 17 Signs Your Wife or Girlfriend Just Slept With Someone Else

8. She Deletes Her Text Messages

If your girlfriend’s text message history is always empty, then it’s possibly a sign she doesn’t want you to see who she has been talking to.

9. She Installs Other Texting Apps

When a girl is cheating, she might try to hide her tracks by installing less known texting apps.

You may also notice that when you ask her to see the app because you are genuinely curious about it she suddenly becomes defensive.

10. She Gives You One-word Answers

If you ask her about her day or what she’s doing later, she responds with one-word answers like “good” or “nothing.”

Short replies are usually the signs that she is busy, not interested in talking to you or she is chatting with someone else.

11. She Starts Going Out Without You

If your girlfriend starts going out more without you, it is another sign that she is trying to distance herself from you.

It is also possible that she is meeting with other guys and doesn’t want you to find out.

12. She Stops Sharing Things With You

If your girlfriend used to share everything with you but now she is keeping secrets, it might be another sign that she is cheating or talking to other guys behind your back.

13. She Starts Working Out

If your girl all of a sudden starts working out and trying to get in shape, it might be because she has a crush on someone else and wants to make herself look more attractive.

There is nothing wrong with going to the gym but if you see any other signs of cheating that we discussed today then it is likely something more than just her trying to stay fit.

14. She Gets Angry for No Reason

Your girlfriend may start picking fights with you for no reason to have an excuse to talk to other guys.

Don’t miss: 11 Reasons Why Your Girlfriend Doesn’t Want to Sleep With You Anymore

What to Do If Your Girlfriend is Talking to Other Guys?

If you suspect that your girlfriend is texting other guys, it is important to talk to her and explain how it makes you feel.

This can be a difficult conversation, but it is necessary if you want to maintain a healthy and strong relationship.

It is a good idea to avoid beating around the bush and ask her directly if she is chatting with other guys instead of going through her phone while she is not looking.

If she catches you reading her texts without her permission, it will only make things worse and will make it harder for both of you to trust each other again.

Communication is one of the most important components of any healthy relationship and by voicing your concerns you will likely find a compromise that will work for both of you.

However, if your girlfriend ignores you or tells you that it is not your business who she is talking to then it might be time to reevaluate your relationship.

You don’t want to stay in a toxic relationship where your partner keeps cheating on you behind your back because eventually, it will affect both your self-esteem and mental health.

Read next: 16 Signs of Emotional Affairs at Work

Previous article
90 Best POF Headlines for Males & Females
Next article
10 Things Men in Their 40s Want in a Woman
Html code here! Replace this with any non empty raw html code and that's it.

What to Do If You Cheated on Your Girlfriend or Boyfriend?

9 Best Ways to Meet and Date Single Nurses and Doctors

How to Tell If Your Boss is Attracted to You?

5 Proven Signs That a Younger Woman Likes an Older Man

What Do Guys Like to Hear in Bed? (50 Dirty & Romantic Examples)

9 Ways to Meet and Date a Millionaire

53 Examples Of How To Make A Guy Jealous Over Text