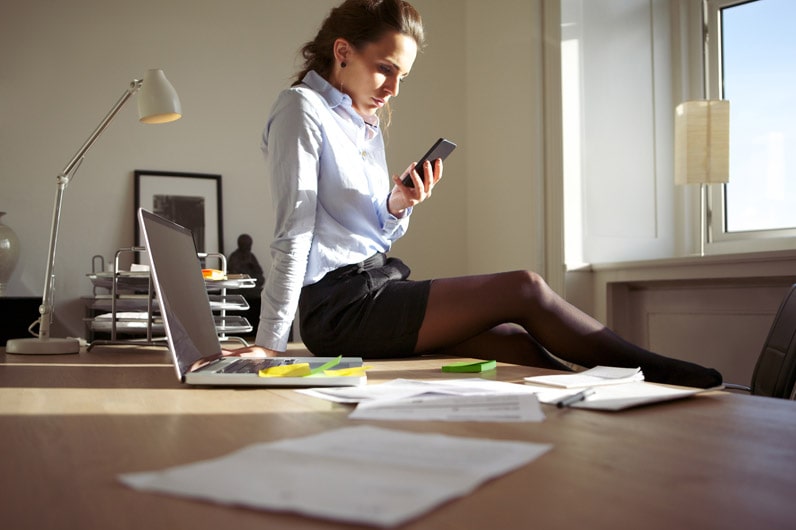 Do you ever wonder how to reply when a guy or a girl you like sends you single-word texts like “Ok”, “Sure” or “Nope”?

Should you even bother replying to these dry texts that often show a lack of effort?

Most people automatically assume that one-word replies mean that the other person is not interested in talking.

However, it is not always the case. There are many reasons why your crush might be sending you one-word texts.

Don’t miss: 9 Reasons Why a Girl Texts or Calls You Late At Night

What Does It Mean When Someone Sends You One Word Texts?

Some people especially older folks are not good at texting and sending one-word replies is completely normal for them.

These are the people that prefer face-to-face communication over texts and emails.

If someone is busy at work, driving or in class, they will not always have the time to send you long texts.

Don’t automatically assume that if the person you are texting takes a long time to reply, he or she is not interested.

3. They Don’t Know What Else to Say

Sometimes conversations become boring and there is not much else that can be added.

Guys in general are not as good at small talk and keeping conversations going as women.

If the person you are texting always replies with one-word texts, it is likely that they are just not interested and don’t want to put any effort into keeping the conversation going.

However, before assuming that they are not into you, take a look at other signs.

Do they take a long time to respond to your texts, do they ever text you first, and do they agree to go out when you ask?

5. They are Texting Someone Else

This is very common when you meet someone online on dating apps like Tinder or Bumble where people might be talking to several matches at the same time.

This can also happen if you are trying to text someone who is already taken.

6. They are Just Lazy

Some people are just too lazy to send longer texts and instead resort to one-word replies.

You might also notice that their grammar usually sucks and they use a lot of acronyms instead of full words. This is very common among teenagers.

Read next: 21 Signs That a Girl Is Using You

Now that you know the most common reasons why people might be replying with one-word texts, what do you do about it?

If a conversation is not leading anywhere, sometimes the best thing that you can do is not respond at all to avoid keep it going just for the sake of it and making you both feel bored and tired of each other.

Instead, text later when you have something more interesting to discuss.

If however the person you are texting still replies to you with short dry texts and you see other signs of disinterest, it is possible that they don’t want to talk to you and only replying to be polite.

In this case, it is better to leave them alone. If they like you, they will text you later, and if not there is no point wasting your time on someone who is just not into you.

If you notice that you are getting more single-word replies than usual, it might be a good idea to change the topic to something more engaging.

Maybe the other person is not interested or comfortable discussing the things you are texting them.

Since you never know if the other person is busy, it might be a good idea to asks them if it is a good time for them to text if they keep sending you one-word replies to your messages.

However, avoid blaming them for sending you dry texts. This will only make you look desperate and insecure.

Avoid asking questions that can be answered with a simple “yes” or “no” and instead try to ask something that requires a longer more thoughtful response.

For example instead of asking “Do you like ice cream?” ask them “What are your favorite ice cream flavors?”

Read next: 10 Ways to Respond to a Cancelled Date

Previous article
12 Easy Steps to Find a Husband or Boyfriend After 40
Next article
5 Reasons Why Your Boyfriend or Husband is Bad in Bed and What to Do About It
Html code here! Replace this with any non empty raw html code and that's it.

14 Ways To Approach and Flirt With Guys At The Gym

21 Examples of Dating Profiles for Men Over 50

How to Meet and Date Female Bodybuilders?