Is TikTok Used for Cheating? 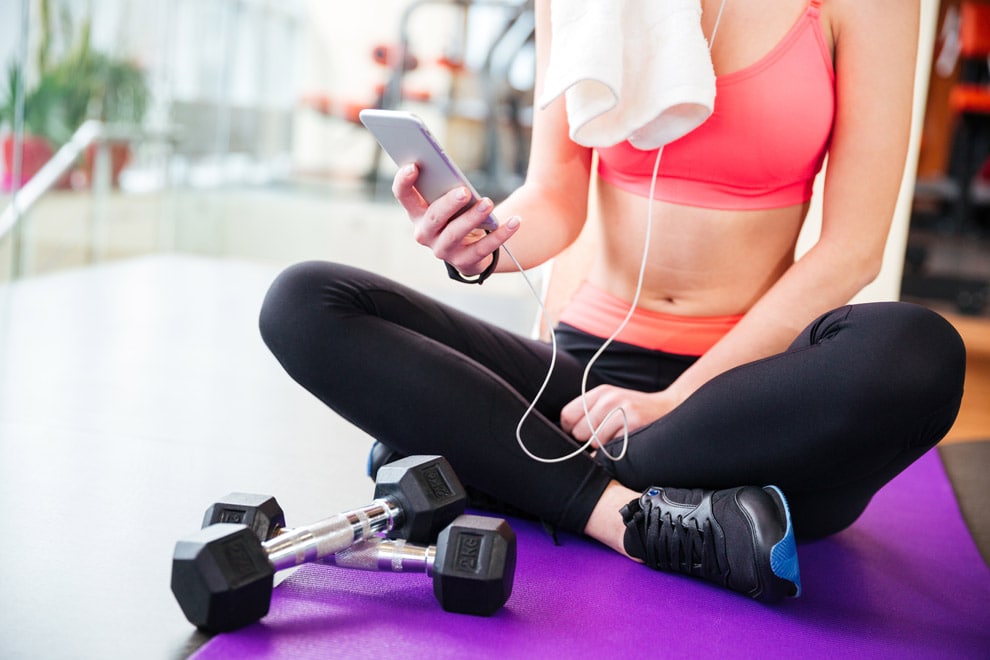 If you’re like most people, you probably have a love-hate relationship with TikTok.

On one hand, it’s a great way to pass the time and entertain yourself. On the other hand, it’s a breeding ground for drama, arguments, and sometimes even cheating.

One reason for that is the large number of “thirst trap” videos that people post on TikTok.

A “thirst trap” is a video or photo that someone posts on social media to attract attention and get more likes and followers.

If you’re in a relationship and your partner is constantly scrolling through videos of scantily-clad women or shirtless men, it’s natural to feel a little jealous or even insecure.

There are also people that worry that their partner might not only use TikTok to watch provocative videos but also to cheat.

The good news is that there is no solid evidence that TikTok is being used more for cheating than any other social media platform like Instagram, Facebook, or Snapchat.

Don’t miss: 16 Reasons Why Your Man Looks at Other Women Online

What to Do If Your Boyfriend Looks at Other Females on TikTok?

If your boyfriend is constantly looking at other women on TikTok, it can be a source of stress and anxiety. You might feel like you are not good enough or that he is not attracted to you anymore.

However, just because your boyfriend looks at videos of other women, doesn’t necessarily mean that he wants to cheat on you.

He is probably just bored, curious, or thinks that there is nothing wrong with that.

That’s why having a conversation with him about the boundaries when it comes to social media will usually resolve most of your fears.

If he is not aware that his behavior is causing you stress, he may not realize that he is doing anything wrong.

If he is not willing to change or accuses you of being overly controlling, it may be time to discuss your relationship boundaries because it is clear that the two of you have very different expectations of what is appropriate and not in a committed relationship.

Make it clear to him that you will not tolerate him looking at other women on TikTok.

If he doesn’t respect your wishes, then you may need to make some tough decisions. No one deserves to be in a relationship where they don’t feel respected.

Don’t miss: What to Do If Your Husband is Obsessed With a Younger Woman?

9 Signs That Your Boyfriend Might be Cheating On TikTok

While this one could be completely innocent, if you notice your boyfriend is frequently liking other girls’ videos or commenting on them, it could be a sign he’s trying to get their attention.

If he only likes the videos of girls you know, it’s probably not a big deal. But, if he’s liking photos of random girls, it could be a sign he’s trying to start up something on the side.

If you’ve been with your boyfriend for a while, you should know all of his social media accounts by heart.

If he suddenly has a brand new account that he’s not telling you about, that’s a red flag.

He may say it’s just a new account for business purposes, but if he won’t let you look at it, he’s probably using it to chat with someone else.

3. He is Hiding His Phone From You

A man who is cheating will go to great lengths to keep his phone hidden from you. He’ll keep it on him at all times, even in the shower, and will be very protective of it.

If you try to take look at his phone to check the time or see who called, he’ll tense up and try to stop you.

If your significant other gets angry, defensive, or just plain won’t let you touch his phone, that’s a giant flashing red light that he could be cheating.

No one’s phone is that personal and important that they can’t let the person they claim to love see it.

If he’s always had his phone open and accessible to you in the past, and now he’s changed his password and won’t share it, that’s a red flag.

5. He Stopped Answering Your Texts or Calls

It’s one thing if your partner is busy at work or taking care of errands and can’t answer your messages right away, but it’s another if he’s deliberately ignoring you.

If your partner starts making up excuses why he can’t answer your texts or calls, or he’s taking longer to reply than usual, he may be cheating.

A cheating partner will want to distance himself from you to prevent you from finding out about his affair.

Don’t miss: What Attracts an Older Man to a Younger Woman?

If your boyfriend starts paying more attention to his appearance and his hygiene, it may be a sign that he’s trying to impress someone else.

He may start working out more, dressing nicer, or using a new cologne. He may also start paying more attention to his hair and skin.

While it’s not necessarily a bad thing if your partner wants to improve his appearance, it could be a sign that he’s trying to attract someone new.

7. He is Being Secretive About His Whereabouts

If you notice your partner acting more distant and secretive about his whereabouts, it may be because he’s cheating.

If he used to tell you where he was going and who he was going to be with, but now he’s more evasive, it’s a sign he may be trying to hide something.

8. His Search and Message History is Always Clean

A guy who is hiding something will go out of his way to make sure his search history is squeaky clean. Cheaters will frequently clear their search history so you won’t be able to track their activity.

If you happen to notice your boyfriend’s search or message history is always empty, that’s a red flag he may be hiding something from you.

9. He Follows a Lot of New Women

TikTok is the perfect place to scope out potential new partners. If you notice your boyfriend following a bunch of new girls that he doesn’t know in real life, it’s possible he’s up to no good.

If he starts liking and commenting on their photos, that’s an even bigger sign he may be ready to move on.

Don’t miss: 14 Ways to Tell If Your Girlfriend is Texting Another Guy

Other Ways TikTok Can Cause Relationship Problems

1. TikTok Can be Addictive and Time-consuming

Some people become so obsessed with TikTok that they start neglecting their relationships.

That’s why if you’re dating someone, you need to be mindful of how much time you’re spending on TikTok and make sure you’re still making time for your partner.

People often compare themselves and their relationships to others on TikTok. This often can lead to arguments and even breakups.

It’s so easy to get caught up in the “perfect world” that TikTok portrays.

When scrolling through your feed, you only see the best pieces of people’s lives.

You’re not seeing the arguments, the fights, or the times when they’re feeling down.

This can lead you to believe that everyone else’s life is perfect except for yours, which can cause all sorts of relationship problems.

If you’re constantly comparing your relationship to the “perfect” relationships you see on social media, you’re setting yourself up for disappointment.

If you’re in a relationship and posting videos of yourself dancing provocatively in skimpy clothing, you’re essentially sending a message to everyone else that you’re available.

Many people will not feel comfortable with their partners posting videos like that and this can create a lot of tension in relationships.

In some cases, your partner might even accuse you of being unfaithful just because of the content you are posting on TikTok.

To avoid all this drama and fights over your reels, you should try to focus on your partner and not on getting attention from other people.

If you find that TikTok is causing problems in your relationship, it’s important to communicate with your partner about it.

You may need to set some boundaries, such as limiting the amount of time you spend on TikTok.

Read next: 19 Reasons Why Guys in Relationships Go on Dating Sites

Previous article
12 Tips for Dating in Your 50s (After Divorce)
Next article
13 Big Red Flags When Dating a Divorced Man or Woman
Html code here! Replace this with any non empty raw html code and that's it.

Can You Get Unbanned From Tinder? Tinder Ban Workaround Method