5 Proven Signs That a Younger Woman Likes an Older Man 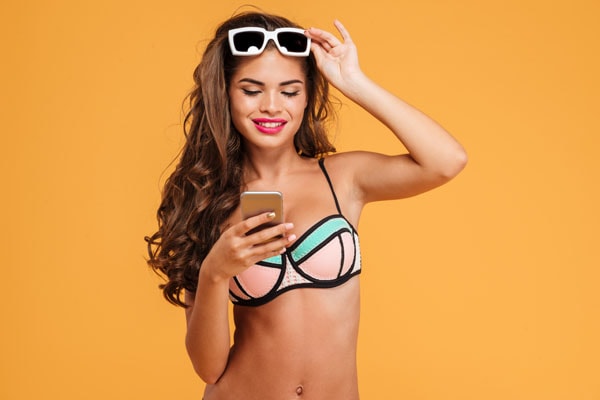 It is not a secret that many younger women are attracted to older men.

Any older guy can start dating younger women if he knows how to find the ones interested in older guys.

Equally important is to know the signs that these women will show when they are attracted to you.

If you can’t tell whether the younger woman likes you or not, your chances of dating her go down to zero.

Today we will discuss the signs that younger women show when they like an older guy.

We will also take a look at what attracts younger women to older men and places where you can meet these women.

I personally know a girl who dumped her boyfriend of the same age and married an older guy 20 years older than her.

Why would a 20-year-old girl dump her hot boyfriend and marry a 40-year-old guy?

The reason is simple – a hot guy was not mature enough to handle this girl who was looking for something more serious.

Relationships with big age gaps get a bad rep because some of those couples date or marry for reasons other than love.

Yes, there are younger women who date older men for their money.

There are also older men who date younger women only because of their looks.

Yet money and status are not the only reasons why younger women are attracted to older men.

Don’t miss: The Pros & Cons of Dating or Marrying a Younger Woman

Now, let’s get down to the reasons why young successful women go for much older men:

It is not a secret that most women are often more mature than guys their own age.

This means they are not interested in mind games that younger guys play and want someone who is not afraid of commitment.

They’re done playing “mom” to all these boys who need more time to grow up.

2. She’s looking for someone established.

Don’t get this confused with “gold diggers” who are looking to siphon the life out of their victims.

These young women want a man who’s established and knows what he wants to do with his life and is not afraid of commitment.

3. She wants someone with more experience.

Some younger women prefer to date older men because of their experience.

Older men have more dating experience than younger guys and they are seen as better lovers and partners.

4. She fantasizes about older men.

Some younger women have fantasies about older men.

These women want to be with a man who can take control in the bedroom and bring all their fantasies to life.

Don’t Miss: How to Get a Younger Woman to Sleep With You?

How to Tell If a Younger Woman Likes An Older Man?

So you’ve recently met a young charming woman at an event.

You are attracted to her but at the same time you’re holding back from asking her out because you don’t want to be labeled as a “Dirty old man.”

You don’t want to creep her out by assuming that she likes you when she may just be acting nice and friendly.

So what are some actual signs that a younger woman likes you more than a friend?

1. She likes talking to you.

Apart from the physical attraction or sparks, you both may feel, you notice that she likes talking to you.

You can go on for hours discussing a variety of topics.

You can go from stupid laughing about some meme she shows you to deep conversations.

2. She sends you subtle signs.

Women tend to send out subtle hints to men especially if they’re more traditional and would like to be pursued.

She would give you “looks” that are different than the ones she gives others.

You’ll notice it in her eyes.

She purses her lips a lot when you’re talking.

She finds excuses to touch you and initiates physical contact.

She can even go as obvious as telling you in a casual way how she’s “sick of younger guys and prefers older men.”

3. She laughs at your jokes.

This is a very good sign because when she laughs her brain releases “happy hormones” that are associated with you.

Women won’t laugh at your jokes if they don’t like you.

This is good, especially when you know that you’re not the funniest guy, but she laughs at your lame jokes anyway.

That is a clear sign that she likes you.

You may notice that she always finds time for you.

If you work together, you’ll notice her working extra hard on a project you may also be a part of.

If you have mutual friends, you’ll notice her presence more and more at social events you both attend.

She’ll look for ways to readjust her schedule to spend more time with you.

Time is a valuable resource and seeing her use hers to spend it with you, should be a large blinking billboard sign that she likes you.

5. She wants your advice and opinion.

Women, in general, are confident in their intuition and would often go with their gut when making a decision.

You’ll see that she likes you when she values what you have to say.

When she encounters a major decision she has to make, she’ll come to you first for some advice and “wisdom.”

Don’t take this as an insult but as a compliment.

The fact that she would ask for your opinion says a lot about where you stand in her life.

Don’t Miss: How Can an Older Man Attract a Younger Woman?

Challenges and Benefits of Dating a Younger Woman

As an older man, you will encounter some issues when it comes to dating a younger woman.

Society has not yet evolved enough to accept that two adults, even those with a big age gap, can be truly happy in love.

You have the advantage of experience.

Younger women will always be attracted to older men not because of “daddy issues,” which have been proven by research not to be the main driving force.

Younger women are looking for more serious partners who are decisive and mature enough to handle them.

They want to be led and taught about life, hardships, as well as the pleasures of it.

Don’t be afraid of dating younger women just because you might get judged.

You are a grown man and can date any woman you want.

Where to Meet Younger Women?

Now that you know what attracts younger women to older men and how to tell if a woman is interested in you, let’s take a look at where you can meet these women.

When meeting younger women offline it is essential to build rapport and make them comfortable with you, before showing your intentions.

An even better approach is to pay close attention to all the signs that we discussed and based on that decide if the younger woman is attracted to you or not before asking her out.

One of the main challenges with meeting girls offline is the high possibility of rejection.

Even if the girl finds you attractive, she may feel uncomfortable giving you her number or going on a date with you, if there is a potential that she might be judged by her friends.

However, this shouldn’t stop you from meeting younger women. Everyone gets rejected at some point in their life.

Another even easier way of meeting younger women without the risk of public rejection is online.

Don’t miss: 21 Examples of Dating Profiles for Men Over 50

How to Meet Younger Women Online?

Online dating is the number one way younger people meet each other.

The first step is to join a big dating website and create a profile.

This shouldn’t take more than 10-20 minutes.

After you are ready to start messaging girls, check out some of the sample messages that we compiled for you.

This should save you a lot of time.

I found that paying for a membership on a dating website is usually much cheaper, than going to the bar or club and paying for cover and drinks.

Most of these dating sites also offer free trials which might be a good way to take advantage of online dating without any commitment.

There are obvious signs that younger women will show when they are attracted to an older guy.

If you learn how to see and recognize these signs, you will significantly improve your dating game.

You will be getting more phone numbers and dates.

Act today, spend more time with a younger woman that you like and see if she shows any of the signs that we discussed.

If she does, ask her out.

Don’t be afraid to act.

Read next: 9 Real Reasons Why I Am Physically Attracted To Older Men

Previous article
How to Meet and Date Female Bodybuilders?
Next article
How Does Facebook Dating Work? Practical Guide
Html code here! Replace this with any non empty raw html code and that's it.

50 Texts to Send to Your Ex After No Contact

What To Text A Girl After You Get Her Number?

30+ Examples of How to Seduce a Woman Over Text

10 Signs Your Boss Wants To Sleep With You

11 Signs of Catfish on Tinder or Bumble