What to Do If Your Boyfriend Has A Female Friend Who Likes Him? 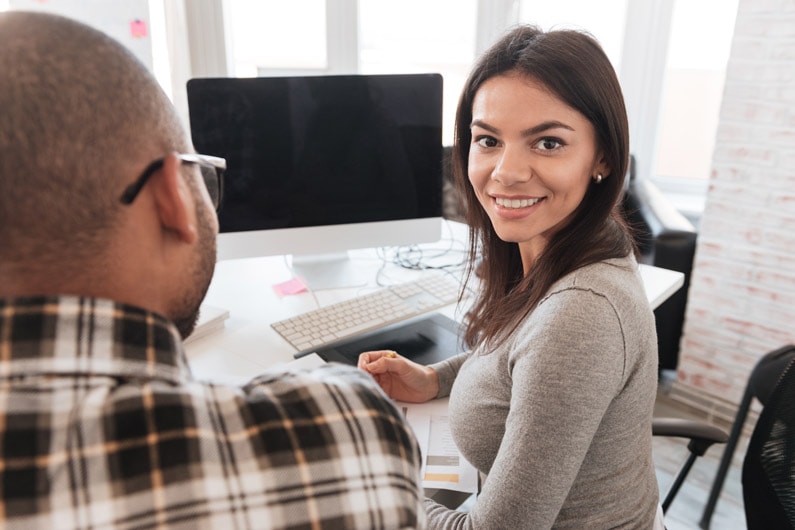 Do you suspect that your boyfriend’s best friend has feelings for him?

It is reasonable to feel hurt or even a little jealous if your boyfriend has close female friends that have a crush on him.

However, it is important not to overreact and deal with this issue in a mature way.

You don’t want to come across as a jealous insecure girlfriend especially if you just started seeing a guy and his female friend is not really threatening your relationship by trying to sleep with him.

Obviously, you don’t want your boyfriend to hang out with a girl that is clearly obsessed with him but at the same time, you want to avoid interfering in his friendships unless you see that a line is being crossed.

Even though every friendship is different, here are some common red flags that you may notice if your boyfriend likes his female friend.

Don’t Miss: 10 Reasons Why Some Men and Women Date Multiple People at Once

Signs Your Boyfriend or Husband Likes His Female Friend

What to Do If Your Boyfriend’s Female Friend Likes Him?

1. Do Not Freak Out If He Has Female Friends

It is completely normal for men to have female friends, especially at work or school.

As long as he is not crossing the line by being intimate with his female friends or is hiding something from you, there is nothing to worry about.

Some women are insecure and feel like every other woman wants to get their man and this makes them look obsessive and clingy. Don’t become one of them!

You can’t expect your guy to stop talking to women at his work or break contact with all his female friends that he knows from his childhood.

If you can, try to befriend them and you will likely see that they are not a threat to your relationship.

2. Look At The Situation Logically

It is always a good idea to look at situations like this logically before your emotions take over your reasoning.

Does the situation with your boyfriend’s female friend can potentially turn into a love triangle?

If the answer is yes, then you need to discuss your concerns with your boyfriend.

If however your boyfriend is not interested in his female friend and he’s not doing anything inappropriate, then it is unlikely that you have anything to worry about.

There is nothing wrong with it as long as you are not crossing the line and cheating on your partner.

3. Talk To Your Boyfriend About The Issue

Talking to your boyfriend is probably the best way to deal with the situation if you still feel concerned about his female friend.

This will also help you to find out how he feels about her and if he realizes that she has a crush on him.

You can explain to your boyfriend how you feel about his behavior around his female friend and if he cares about you, he will understand why you have concerns and will try to do something about it.

If however, your boyfriend is not willing to listen you should clearly tell him that you are not happy with the situation and you want him to do something about it so that knows that you are being serious.

Here are a few ideas on how to talk to your boyfriend about his female friend who clearly likes him.

You: I need to tell you something. I don’t feel comfortable with the way Anne is acting around you. I know she is your friend but I am getting a vibe that she has a crush on you.

Guy: She is just my friend.

You: It’s not that I don’t believe you, but I don’t trust her for some reason.

Guy: I can see why you would feel this way. I only like her as a friend, but I agree that she is being too flirty. I will try to keep a distance from her.

You: I’m sorry to have a talk like this with you but I really wanted to get this off my chest.

You: I think Anne is being too touchy around you. It’s making me feel uncomfortable.

Guy: I don’t think there is a problem. She is just a little touchy-feely but I will talk to her about it.

You: I don’t want there to be any hard feeling but it makes me feel jealous.

Guy: I think she is just showing me that she cares.

You: I feel too awkward when she is acting like your girlfriend.

Guy: She is my best friend and I don’t want to lose her.

You: I’ll give you time to think about this. I just don’t want us to have fights because of her.

Guy: I know I should do something about this. I love you and I want to make you happy.

You: I love you too. Please, do something about this.

Guy: I think I will work on a friendship with Anne. It’s not a good idea for us to be around each other as much as we have been.

You: I am glad that you understand.

You: I don’t feel comfortable with you always bringing Anne home when I am not around.

Guy: I’m sorry. I didn’t know it bothered you.

You: I’m not trying to be jealous, but I feel like she is obsessed with you.

Guy: She is just my friend and I don’t see her in that way.

You: I’m sorry. I don’t mean to be controlling but I would prefer if you didn’t bring her home.

Guy: I understand how you feel and I will not do this anymore.

You: I’m sorry if I seem jealous but I just don’t trust her and I don’t think she has good intentions.

Guy: I understand. I don’t want you to feel uncomfortable.

4. Do Not Talk To The Other Girl

When some women get overly jealous, they may go as far as trying to confront their boyfriend’s female friend but in most cases, it is a bad idea.

Talking to her will only make the situation worse and can make you look like an insecure and possessive girlfriend.

There is also the possibility that she is not really into your boyfriend and you are misinterpreting her signals.

Only talk to his female friends as a last result and instead try to deal with the issue by talking to your boyfriend.

If your boyfriend doesn’t understand why you feel jealous, you can try to show him by making him jealous as well by flirting with other guys.

When he becomes concerned tell him that you are just being friendly like he is with his female friends.

Often this will be enough to change his behavior.

Don’t miss: 10 Real Reasons Why A Guy Cheats On His Girlfriend With You

If he still does not listen to you and continues to flirt with his female friends, then he is just not the right guy for you.

Most guys will take their girlfriend’s concerns seriously and will try to find a middle ground to keep both her and their female friends happy.

If he completely ignores your concerns or doesn’t care about your feelings then it might be time for you to move on.

Read next: 5 Things That Make a Man Leave His Wife For Another Woman

Previous article
100 Examples of How to DM a Guy You’ve Never Talked to on Instagram
Next article
10 Ways To Flirt With An Older Woman
Html code here! Replace this with any non empty raw html code and that's it.

50 Funny Ways to Describe Yourself On a Dating Site