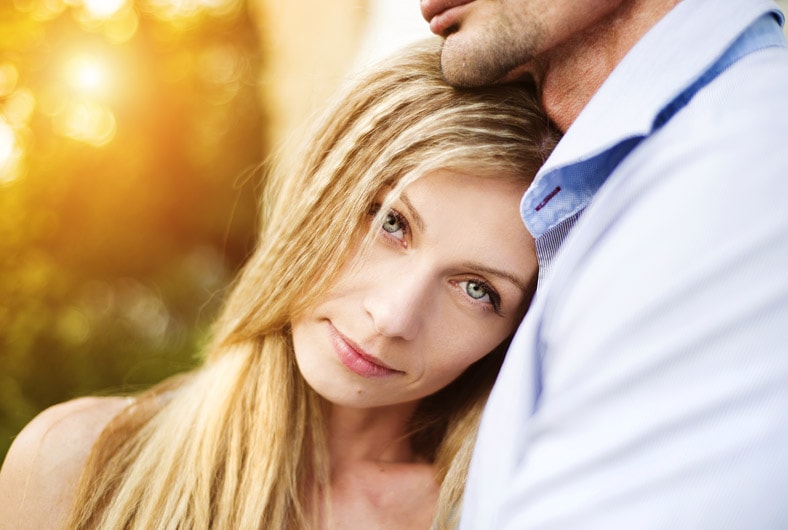 Sleeping with a guy who is already in a relationship with someone else can be a very messy and confusing experience.

One of the biggest questions that you may have if you end up in this situation is what does it actually mean if the guy is cheating on his girlfriend with you?

Does it mean he loves you more than his girlfriend and will eventually leave her or is he just playing both of you?

To figure this out let’s take a look at the most common reasons why a man might end up sleeping with you while still dating someone else.

What Does That Mean If A Guy Cheats On His Girlfriend With You?

1. He is Not Happy With His Girlfriend

In general, men that are happy with their girlfriends don’t cheat on them.

If he cheats with you, it is likely that he is not happy with his current girlfriend or doesn’t have strong feelings towards her.

To confirm this try to ask him how his relationship is going with his girlfriend and why he is not afraid of getting caught.

This will give you a better idea of why he is not being loyal to his girlfriend.

However, you need to keep in mind that a guy who cheats on his current girlfriend with you might do the same to you if you end up dating him.

To avoid this tell him that he needs to break up with his girlfriend if he wants to continue sleeping with you.

2. He is Not Ready for Serious Commitment

Men who are not ready to commit will often cheat thinking that sleeping with other girls will make it easier for them to figure out if they should stay with their current girlfriend or leave.

In cases like that, a guy might cheat with you only to see how it feels to be with someone else and not because he has any real connection to you.

3. He is Bored and Wants A Change

Sleeping with someone else allows a guy to experience a rush of new emotions that he doesn’t feel with his current girlfriend anymore.

However, this doesn’t mean that he will leave his current girlfriend for you.

4. He Wants to Be in Control

Often controlling men will cheat on their girlfriends and wives to feel dominant.

When things are not going well in his relationship and he is not happy with his girlfriend’s behavior, he might cheat on her both to feel in control and also to punish her for not listening to him.

This means that if he is cheating with you, he is only using you and only sleeps with you because you are available.

It is always a good idea to stay away from controlling and manipulative men if you want to have a healthy relationship.

5. He is Simply Unfaithful

Monogamy is not for everyone and some men are just not able to be faithful and that’s why they might sleep with you.

Eventually, the guy might end up leaving his girlfriend for you especially if she finds out and kicks him out but don’t expect that you will be able to change his habits and prevent him from cheating on you as well.

Don’t miss: 5 Things That Make a Man Leave His Wife For Another Woman

Some men like getting attention from women and might end up flirting and eventually cheating on their girlfriends.

This often happens when a guy is feeling down and doesn’t know how to deal with his emotions as an adult.

Many men cheat when their wife or girlfriend stops being intimate with them.

This is common in long-distance relationships and long-term marriages.

If the guy is married and has his kids, it is unlikely that he will divorce his wife even if she doesn’t sleep with him anymore because physical intimacy is only one of the components of a happy marriage.

If the guy fell in love with you, he might cheat with you while still dating his girlfriend because he might not be ready to dump her or is afraid of hurting her feelings.

If you think that the guy genuinely likes you and doesn’t have any attraction left to his current girlfriend, try to help him to break up with her.

This way he will not have to cheat on anyone to be with you.

Impulsive men often cheat on their girlfriends and wives because they don’t think of the consequences.

This usually happens when they get drunk and another available girl comes along.

In most cases, they regret cheating the next day and stay with their girlfriend unless she finds out and dumps them.

In some cases, people tend to cheat because of stress.

Maybe he is having problems at work or home and may cheat with you to escape his stressful reality instead of dealing with his problems.

Read next: 10 Real Reasons Why Women are Attracted to Married Men

Previous article
87 Examples of How to Reply to “What’s Up” In A Flirty Way
Next article
11 Reasons Why Your Girlfriend or Wife Doesn’t Want to Sleep With You Anymore
Html code here! Replace this with any non empty raw html code and that's it.

53 Examples Of How To Make A Guy Jealous Over Text

12 Easy Steps to Find a Husband or Boyfriend After 40

16 Signs of Emotional Affairs at Work