What Does It Mean When A Girl Gives You Her Number Without You Asking? 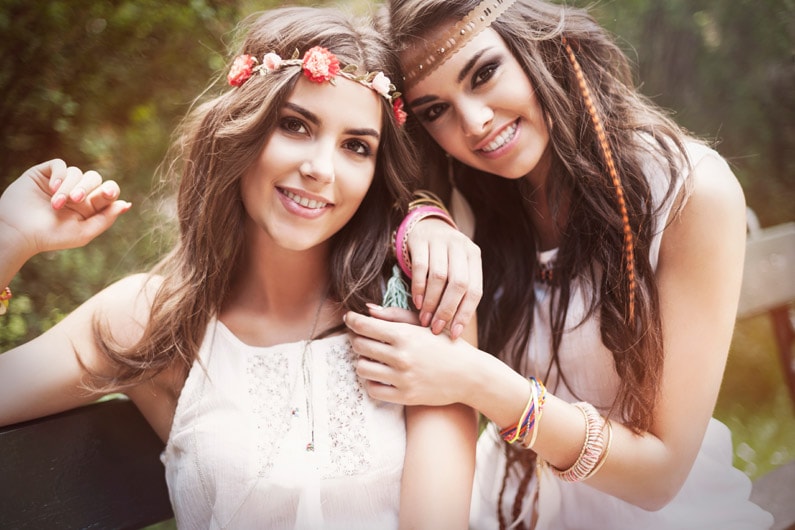 It usually requires some effort for most guys to get a girl’s number. You need to chat a girl up, build some rapport and finally ask her for her number.

However, sometimes you might run into girls that will give you their number without you even asking. This often confuses a lot of guys.

They either think that a girl is extremely attracted to them or it is some type of prank.

What even more confusing is that sometimes your text a girl that gave you her number and she doesn’t seem to be interested in going out or even texting you.

So why would she give her number in the first place?

In most cases, if the girl gives you her number, it means that she is attracted to you or finds you interesting. Maybe you were chatting for a long time and you never asked for her number so she decided to take matters into her own hands.

Some girls are very confident and are not shy to go after the guy they like even if it means risking getting rejected.

If a girl is really interested in you, she might ask for your number instead of giving you hers. This way she can text you anytime instead of waiting for you to text her.

However, some girls may change their minds later after giving you their number and realize that they are not really interested in you. This is very common for girls you meet in clubs, bars, or online dating sites.

That’s why some of them might feel uninterested after you text them later. Especially if you do it after a few days.

Read next: What To Text A Girl After You Get Her Number?

2. She Wants to Be Friends

If the girl gives you her number, it doesn’t always mean that she is interested in you intimately. It is possible that she just wants to stay in touch with you because she enjoys your company.

Or maybe she does like you but she is not available and instead wants to be friends with you.

This is common with the women that have a boyfriend or are married.

3. She Wants Something From You

A girl might give you her number if she wants something from you.

This very common for women that only hang out with guys because they are rich, famous, or well connected.

She might even sleep with you and pretend to love you as long as you buy her stuff or support her financially. It is always a good idea to stay away from women like that.

4. She is Trying to Make Someone Else Jealous

If a girl is giving you her number without asking while surrounded by her friends, it is possible that she is trying to make one of her friends jealous especially if one of them is her ex.

In cases like that, you will find out pretty fast if she is not into you because she will not reply to your messages or will send you very generic texts.

Don’t miss: How to Text a Girl for the First Time and Get a Date?

5. Her Friends Want Her to Give You Her Number

Some friends can be pretty persuasive when they want to help their girlfriend to meet a guy.

6. It is Some Type of Prank

It is also possible that she was dared by her friends to give you her number or ask for yours.

Read next: 10 Ways to Text a Younger Woman

What To Say When a Girl Gives You Her Number?

“Thanks! Let’s stay in touch”

“I will text you later”

“Perfect let me save it. Let’s chat later this week and maybe meet up for a coffee or something”

After you saved her number, text her right away with your name so that she has your number as well.

What to Do When a Married Woman Gives You Her Phone Number?

This one can be a little tricky. If you know that a married woman is attracted to you, it is better to let her know that you are not interested in anything. You can let her go easy by getting her number but never messaging her.

Another tricky situation that you might encounter is when a married woman tells you that she wants to divorce her husband or complains about her marriage before giving you her number.

As a rule of thumb, it is a smart idea to stay away from these women until their divorce is finalized to avoid any drama.

However, if she is just being friendly, there is nothing wrong with having her number and texting her while keeping a strictly platonic relationship. This is very common among coworkers or even classmates.

Read next: 6 Real Reasons Why Married Women are Attracted to Other Men

What to Text a Girl After She Gives You Her Number?

Getting a phone number from a girl without even asking is awesome but the next important step is actually texting or calling her.

Don’t wait too long to text her so that you are still fresh in her mind when you do. Text her either the very next day or the day after.

If you wait for more than 3 days she might start thinking that you are not interested or already seeing someone else.

In your first messages, it is always a good idea to tell her your name and where you met to avoid awkward “Who is this?”

“Hi I am Mike, we met at Starbucks today. How is your day so far?”

“Hey Annie, it’s Peter, we met yesterday at the library.”

“Hey it is Tom, I really enjoyed chatting with you the other day. How are you?”

After this initial message, you can bring up something that you were discussing or did when you first met.

“I feel so sore after our run yesterday lol How about you?”

“Yesterday was so much fun! We should go clubbing together next time”

“Did you end up watching the movie yesterday? How was it?”

Depending on how well you know a girl, you might need to build some rapport before trying to ask her out. Ask where she is from, where she studies or works, what hobbies she has and what else she likes to do in her spare time.

Next, try to find out if she wants to meet up for a coffee or drinks without making it sound like an official date. This way it will be easier for her to say yes to your invitation.

“Any big plans for this week?”

“I really want to try this new ice cream place that they opened in downtown last month. Have you been there?”

“Do you want to grab a coffee sometime this week after work?”

“What are you doing this weekend? Do you want to go for drinks on Friday? There is a new bar with a nice rooftop not far from your place”

“Do you want to hang out this weekend?”

Some guys make the mistake of chatting with a girl for too long before asking her out. If you do that she might lose interest, meet some other guy or you might just get bored of each other.

She already took most of the risk by giving you her number without you asking for it so now it is your turn to get some courage and ask her out.

Read next: Examples of How to Ask a Girl Out Over Text

Previous article
9 Reasons Why a Girl Texts or Calls You Late At Night (With 21 Examples)
Next article
21 Signs That a Girl Is Using You
Html code here! Replace this with any non empty raw html code and that's it.

Should I Try Online Dating? 8 Reasons to Give It a Try!

When to Sleep With a Guy You are Dating?

18 Signs An Older Woman Wants to Sleep With You

How to Find a Boyfriend If You are Shy?

27 Best “About Me” Examples for Dating Sites (Men’s Edition)