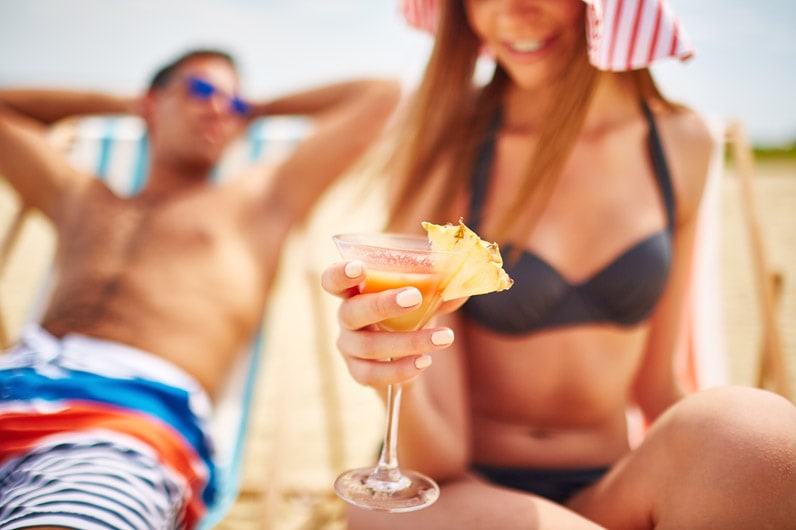 Having a girlfriend that never appreciates the things you do for her and always puts you down might be the signs of a toxic relationship.

However, before you start jumping to any conclusions it is important to take a look at why exactly your girlfriend is so cold to you.

It could be that she is just having a bad day or dealing with personal problems that are making her irritated.

It is also possible that she’s feeling insecure and is trying to act more dominant by being rude to you.

Whatever the reason, it’s important to talk to your girlfriend about her behavior and try to understand why she’s acting this way.

If your girlfriend is kind and loving and only becomes cold to you occasionally, it’s most likely not something you need to worry about.

However, if it happens all the time you definitely need to address this.

If she’s unwilling to talk about the issue, then you may need to consider whether or not the relationship is good for you.

Staying in a toxic relationship might not only ruin your self-esteem but can also have a negative effect on your health.

Don’t miss: 11 Reasons Why She Is Not Ready For A Relationship And What To Do About It

17 Reasons Why Your Girlfriend So Mean to You

Often, people who are mean to their partners are actually very insecure.

However, by acting this way they often end up being rude and cold to their partner.

2. She is Trying to Be in Control

In some cases, girls might be mean to their partners to gain more control over them.

If your girlfriend feels like she doesn’t have a lot of power in the relationship, she might start acting out to get what she wants.

This is probably the most common reason why someone might be mean to their significant other.

Often, people lash out when they are angry and don’t know how to express themselves in a more constructive way.

If you notice that your girlfriend often compares you to her ex or brings him up in conversations, it’s a sign that she’s not over him yet.

5. She is Not Happy With Herself

If your girlfriend is unhappy with herself, she might lash out at you to make herself feel better.

6. She is Stressed Out

If your girlfriend is dealing with a lot of stress, she might take it out on you.

It might be her personal issues or stress from school or work.

In these cases, it’s best to be understanding and patient and give your girlfriend some space.

Don’t miss: 21 Signs That a Girl Is Using You

If your girlfriend is dealing with depression, her rude behavior could be a symptom of that.

She might not even realize that she is being mean to you.

8. She Doesn’t Love You Anymore

If your girlfriend falls out of love with you, she might start to neglect you emotionally and even physically.

This can manifest as her being mean to you and generally making your life difficult.

9. You are Not Meeting Her Expectations

If your girlfriend feels like you’re not meeting her needs, she might start to nag or act out in other ways.

This can also lead to her being mean and condescending in order to change you.

10. You are Not Good for Each Other

After dating and spending more time together, some couples realize that they are not compatible.

If your girlfriend feels like you are not a good fit for her, she might resort to being mean in order to push you away instead of just dumping you.

11. She is Doesn’t Know How to Communicate

Often, when people don’t know how to communicate their feelings, they resort to being mean.

If your girlfriend has never been good at openly discussing her thoughts and feelings, she might start using insults and put-downs as a way of getting her point across.

12. She is Trying to Get Your Attention

Some women act mean to get more attention from their partners.

If you are spending less time with her or not texting or calling as much as you did before, this could be the reason.

Everyone has bad days when nothing goes as planned and your girlfriend is no exception.

If she’s usually a kind loving person, but she’s been grumpy and irritable lately, it’s probably just a phase.

Try not to take it too personally and instead see if she needs any help.

Don’t miss: 11 Reasons Why Your Girlfriend Doesn’t Want to Sleep With You Anymore

14. She is Modeling Her Parents’ Behavior

If your girlfriend’s parents were mean to each other, she is likely to behave similarly with her own partners.

Sometimes when girls act mean and rude to their boyfriends for no apparent reason, it’s just a sign of immaturity.

This is common among younger women that never been in a serious relationship before.

16. You Tolerate Her Rude Behaviour

If you continue to tolerate someone who is mean and rude to you, then you are only reinforcing their bad behavior.

If you want things to change, you need to set some boundaries and stand up for yourself.

It is not a secret that some women become more emotional during their periods.

If your girlfriend only acts mean to you during certain times of the month, this might be the reason.

Try to be more supportive and understanding when this happens.

Read next: 17 Signs Your Girlfriend Just Slept With Someone Else

What to Do If I Do Everything for My Girlfriend and Get Nothing in Return?

If you feel like you are putting all the effort into the relationship and not getting anything back in return, it is time to do something about it.

Tolerating toxic behavior will only make things worse for both of you.

First, have a conversation with your girlfriend to see if she actually knows that her behavior upsets you.

Your girlfriend might not be fully aware of how you are feeling, and talking to her can help to clear things up.

If talking to your girlfriend doesn’t work, you can try talking to a therapist about your relationship.

A therapist can help you to understand what might be going on in your relationship and can offer advice on how to improve things.

If this doesn’t help, you may need to take a step back and evaluate your situation.

Are you getting what you need from your relationship?

Are you happy with the way things are going?

If not, you might want to consider ending the relationship before things get any worse.

Not every relationship is meant to be and there are many other single women you can date.

Don’t waste your time on someone who doesn’t appreciate you and the things you do for them.

Read next: 30 Ways To Break Up With Someone Over Text Without Hurting Them

Previous article
70 Statuses That Will Make Your Ex Jealous
Next article
50 Best Ways To Tell Someone You Like Them Without Saying It
Html code here! Replace this with any non empty raw html code and that's it.

13 Big Red Flags When Dating a Divorced Man or Woman

How To Date An Introvert When You’re an Extrovert?