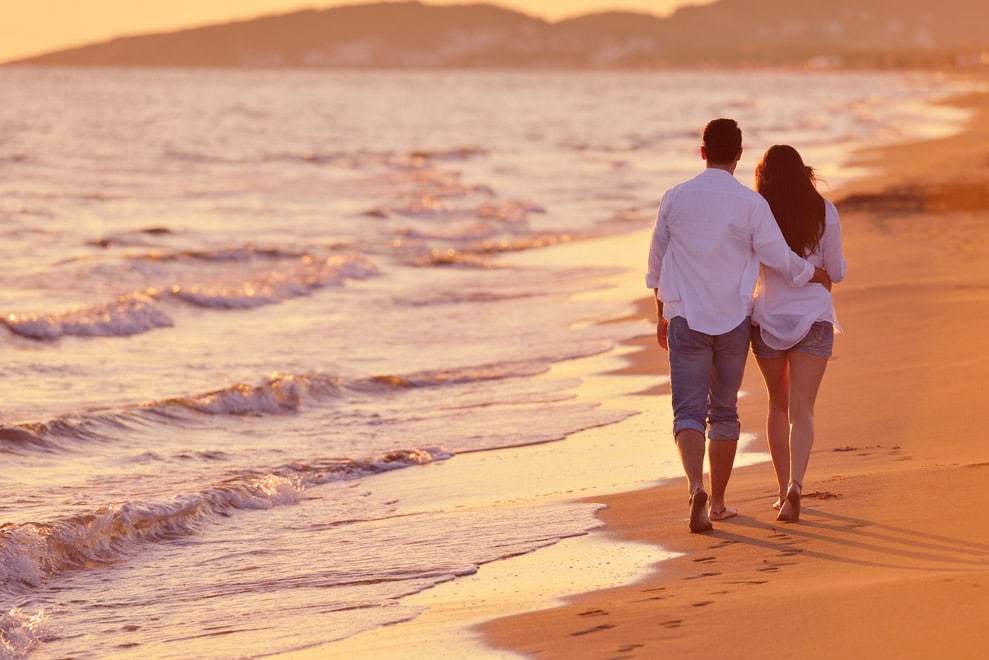 If you ever wondered why so many younger women like older men you are not alone.

It is not uncommon for women in their twenties to date men who are 10 or even 20 years older than them.

But what is so alluring about older guys?

Some of the most common things that many younger women find attractive in older men are money, maturity, and experience.

Don’t Miss: 9 Real Reasons Why I Am Physically Attracted To Older Men

What Attracts a Younger Woman to an Older Man?

1. They Know How Girls Want to Be Treated

Older men tend to have more respect for women and know how to treat them well.

They are less likely to play mind games and usually more honest and direct with their feelings.

They are also more romantic and know how to make a woman feel wanted.

This can be quite a change for a younger woman that was dating guys her own age who treated her poorly or always made her feel like she was not good enough.

2. They Have More Life Experience

Older men are generally more experienced than younger guys both in life and dating.

They have been around the block more and have had more relationships.

They had more time to experience life and learn from their mistakes.

This can be very attractive to a younger woman looking for a partner who knows what he is doing and can share some of his knowledge with her.

They had more time to work on their careers which usually means they are making more than most younger guys.

This gives them a financial leg up and they can provide their women with a comfortable lifestyle.

This is very attractive to younger women that are still struggling financially because of a lack of work experience and school debts.

4. It is Culturally Expected

In many cultures around the world, women are expected to marry someone older than them.

This happens because older men are seen as more financially stable and can provide a better future for their wives and children.

This peer pressure both from their friends and relatives might push some women to look for older guys instead of someone younger.

5. They are Ready to Settle Down

While men in their early twenties are looking to have fun and date different women, many girls are looking for serious relationships or even marriage.

Since guys of their own age are not ready to settle down, these younger women often look for older men that are ready to commit and start a family.

6. They are More Mature

They tend to be more patient, more level-headed, and less impulsive.

They are also less likely to play mind games and mess around with a woman’s feelings.

This can be very attractive to a younger woman who may be tired of dating guys her own age who can be immature and unreliable.

7. They Have Their Life Together

While younger guys are still trying to figure out what they want to do with their lives, older men usually have a much better handle on things.

They tend to be more financially stable, have better careers and know what they want out of life.

They are also less likely to party all the time and are more likely to have their own place and be able to afford nicer things.

This can be appealing to a lot of younger women who are tired of dating guys that still live with their parents or always expect them to pay half for every date.

Guys usually look for women that are younger than them and that can make it hard for some women to get attention from guys their own age.

This is especially common for women in their late twenties.

Older men on the other hand are known to shower younger women with compliments and gifts that make those women feel wanted and desirable even if they are not very good-looking.

Don’t miss: 11 Reasons Why She Is Not Ready For A Relationship

9. They are More Traditional

In this day and age, it seems that more and more women are taking on the role of breadwinner while men are becoming more involved in childcare and housework.

While this is great for equality, some women find it refreshing to date a man who is more traditional and wants them to take on a more feminine role.

One of the things that often attract younger women to older men is the fact that they are generally more confident than guys their own age.

They know what they want and they go after it without hesitation.

This can be a refreshing change from the sometimes insecure and indecisive guys that girls are used to dating.

Older men can be attractive to some younger women because they can make them feel secure and protective, like a father figure.

This is especially appealing to girls who might have had absent or uninvolved fathers during their childhood.

Other younger women are attracted to older men because they have a kink for them.

Don’t miss: 17 Signs Your Wife or Girlfriend Just Slept With Someone Else

12. They Have Better Style

Older men often take better care of themselves than their younger counterparts.

They work out, eat right, and take good care of their bodies.

In addition, because of their experience older men often have a better sense of style.

They have had time to figure out what works for them and they tend to dress better than younger guys who are still experimenting with their look.

Older men are generally more experienced in bed and know how to please a woman.

They had a chance to date around and usually have a better idea of what women enjoy in comparison to younger guys that are still in their learning stage.

This can be very attractive to a younger woman looking for a physically satisfying relationship.

14. They’re Not Afraid to Show Their Feelings

Older men are usually more in touch with their emotions and aren’t afraid to show their softer side.

15. Opposites Attract Each Other

Oftentimes, younger women are attracted to older men because they are the complete opposite of the guys their own age.

It can be exciting and intriguing to date someone so different from everyone else they used to date.

Read next: What Attracts an Older Man to a Younger Woman?

Previous article
100 Best Questions to Ask on Tinder to Keep the Conversation Going
Next article
What to Do If Your Husband is Obsessed With a Younger Woman?
Html code here! Replace this with any non empty raw html code and that's it.

How to Ask a Girl for a Second Date by Text?

8 Reasons Why Guys Ghost Women (Make Them Regret It)

How to Ask a Girl for Her Number on Facebook, Snapchat, or Tinder?

How to Chat with a Girl and Impress Her on Facebook, Snapchat, or WhatsApp?

How Long to Wait Before Meeting in Person Someone You Met on Tinder, Bumble, or POF?