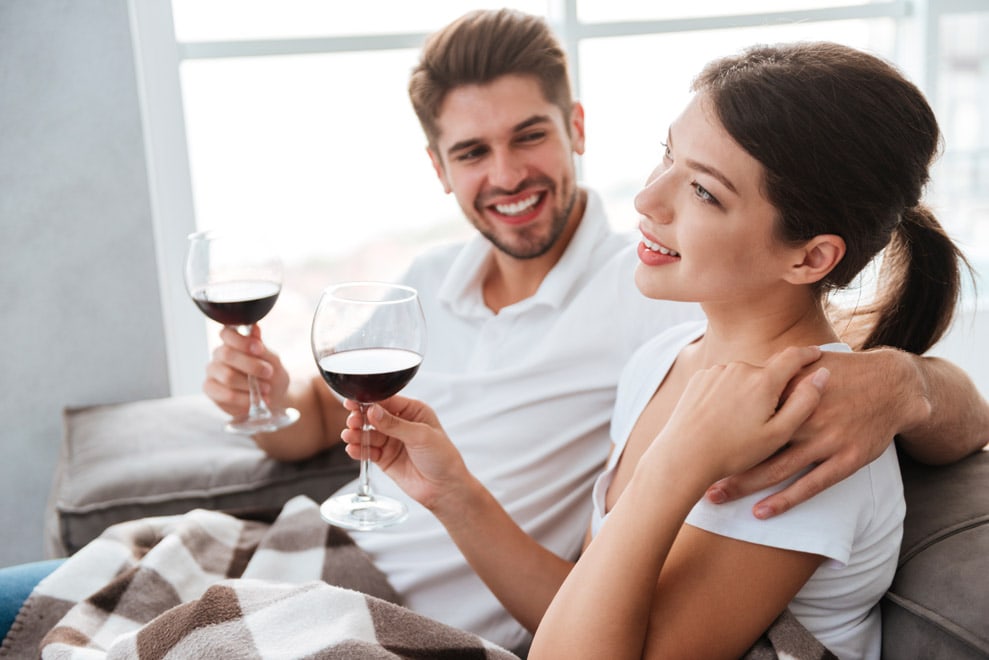 Online dating can be a great way for finding love and meeting new people, but it can also be a breeding ground for scammers, cheaters, and players.

That’s why it’s important to be smart and use common sense when meeting men online.

The easiest way to avoid all this would be to stop using online dating altogether.

However, there are also a lot of great guys on dating sites and you would be limiting your options by only dating men you meet in real life.

To make it a little easier for you to separate the good men from the bad we put together a list of guys you should try to avoid when dating online.

If you are still debating which dating site to join, here are a few ideas – eHarmony (best for serious dating), Zoosk (casual dating), and EliteSingles (best for educated professionals)

This guy has one goal: to get into your pants.

He’ll charm you with his wit and charisma, but don’t be fooled – meeting women is a game for him and he is not looking for any commitment.

Many women fall for players becasue they are usually funny, confident, and know how to make a woman feel special.

The player will usually behave hot and cold with you and will often take time to reply to your messages to make you wait and wonder what he is up to.

There are some extremely over-possessive guys on dating sites that think that just becasue you chatted a few times, you have to stop talking to other men.

He is the guy who will get overly jealous and even angry if you mention that you are chatting with other guys as well.

The clingy guy is similar to a control freak but usually not as aggressive.

He’s always calling, texting, and emailing you, and he doesn’t take no for an answer.

This guy has never been in serious a relationship before and just lacks experience with women.

This guy is not single and may even be married with kids.

There are many reasons why people choose to cheat on their partners but whatever the reason is you are better off without a guy like this.

If he is cheating on his girlfriend or wife, you can bet he will cheat on you as well.

The cheater will usually try to hide his phone, will never invite you to his place, and will randomly disappear and then contact you again without any valid explanation.

This guy will use guilt, pity, and fear to get what he wants, and he won’t hesitate to take advantage of you.

He’ll make up stories and lies to make himself look better than he actually is in real life.

Don’t miss: 50 Best Examples Of How To Reject A Booty Text

This guy is always making excuses.

He’ll agree to meet up with you, but then he’ll never show up.

This guy is all about himself.

He’s self-centered, arrogant, and completely insensitive to other people’s feelings.

He’s always talking about himself, and he’s never interested in anything you have to say.

This guy doesn’t want to spend any money on you and even expects you to pay for him.

He’s never willing to chip in and always has an excuse for why he can’t afford to buy you a drink or take you out to dinner.

This guy is only interested in dating rich women.

He’s not interested in anything else, and he’ll quickly lose interest if he realizes that you’re not wealthy.

Be especially careful if the guy is much younger and more attractive than you.

This guy only wants your money and is not even planning to meet you in real life.

If a man you just met online asks you for money, block and stop talking to him.

It is very likely that he is not who he claims to be and is probably using fake photos to lure women in.

To protect yourself don’t share any of your private information with guys you meet online until you get to know them in real life.

The same goes for sharing intimate photos of yourself.

Scammers may use those photos to blackmail you.

This is the guy who will send you unsolicited intimate photos and messages and may ask for your images in return.

He will also comment on your body and the things he would do to you if you were together even before meeting you in real life.

How to Spot a Good Man on a Dating Site?

Now that you know the types of guys you should avoid, let’s take a look at how you can spot a good man on a dating site.

1. He Has a Good Sense of Humor

Laughter is the key to a good relationship, and if a guy can make you laugh, he’s definitely worth a date.

If a man is upfront about who he is and what he wants, he’s likely a good guy.

He’ll be upfront about his interests, career, and relationship status.

If you have a gut feeling that the guy is hiding something from you, it is a big red flag.

In general, it is not a bad idea to look a guy up on social media before meeting him in person to make sure he is not lying to you.

3. He is Not Trying to Show off

Guys that like to brag on their dating profiles and show off in their photos are a major red flag.

It is most likely that some of the information on their profile like their age, relationship status, or even height are not true and that’s why they have to brag to make themselves look better.

Most good guys will try to get to know more about you before asking you out becasue they are looking for someone they can get along with not just any girl that will accept their invite.

5. He Has His Act Together

A man who is well-rounded and has his own hobbies and interests is more likely to be a good partner than someone who has no idea what he wants to do with his life.

6. He Has a Positive Outlook on Life

Do his photos and profile reflect a positive outlook on life? If so, that’s a good sign.

A man who is positive and upbeat is likely to be a good partner.

7. He Has His Priorities in Check

A man who has his priorities in check knows what’s important in life and isn’t afraid to go after it.

Read next: 97 Questions To Ask A Guy To Know His True Intentions

Previous article
Should I Block My Ex? (Plus 11 Other Ways to Move On)
Next article
10 Red Flags Before The First Date
Html code here! Replace this with any non empty raw html code and that's it.

10 Things to Know When Dating an Asian Girl

50 Best Examples Of How To Reject A Booty Text

75 Things to Say to Make Your Girlfriend Blush

How Long to Wait Before Meeting in Person Someone You Met on Tinder, Bumble, or POF?