How to Tell If an Older Guy Likes You? (6 Ways to Tell) 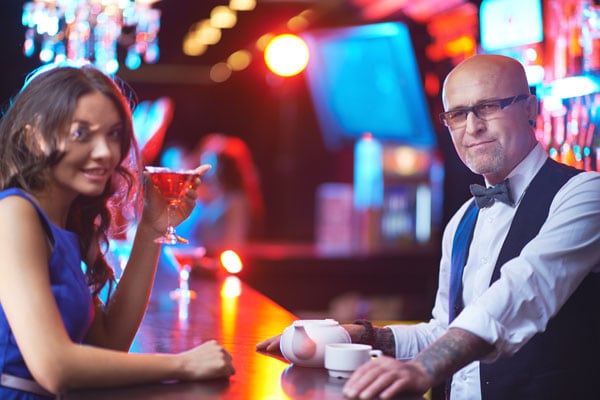 There’s something attractive about a man who doesn’t play games and knows what he wants.

Someone who knows what they’re doing with their life or just knows a lot about life in general.

Knowing that an older guy is interested in you, can make your heart race and your stomach flutter, but if you thought it was hard to tell if a guy of your age likes you, it could be a completely different game with an older man.

There are many nuances to dating or talking to someone older, and you just need to know what to look for.

There are a lot of things to consider, especially how much older the guy is than you.

If there’s a generational gap, they may have different expectations than you.

If there are only a couple of years difference, then it might not be as hard to tell if he’s interested.

So here are some things to look for that may suggest he likes you more than a friend.

Don’t miss: What Attracts an Older Man to a Younger Woman?

How to Tell If an Older Guy Likes You?

This seems like a pretty basic tell if a man likes you, but if you consider someone who is older, it could mean something much more significant.

An older man is going to be cautious depending on your age.

He doesn’t want you to get the wrong idea, so he might compliment you to see how you react.

There is a stigma attached to older men dating younger women, so he might be testing the waters with basic compliments.

Related Reading: How to Make an Older Man Want You? 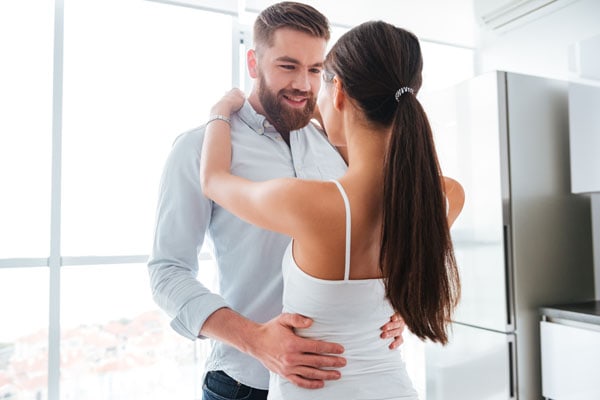 2. He’s willing to spend time with you

Most older guys have full-time jobs and sometimes even families to take care of.

These responsibilities can be extremely time-consuming.

It’s a good sign if he wants to plan around his busy schedule to spend time with you.

It means you’re one of his priorities.

If he blows you off for various reasons or says he’s too busy and isn’t willing to spend his free time with you, he’s probably not interested.

3. He wants you to meet his children

Kids are the center of their parents’ worlds, especially to single parents.

If the older man you’re into has children, and he mentioned the possibility of you meeting them, you’re in.

Most guys won’t want someone they’re not interested in around their children, so if he trusts you enough to be around his kids, it’s a good sign.

It can be hard on children when their single parent tries to bring someone new into the picture.

To the child, it can feel like their dad is trying to replace their mom.

So, it may also matter what his children think of you.

Some men won’t date someone their children don’t like.

Don’t Miss: 8 Ways to Get and Keep an Alpha Male Interested

4. He says how mature you are

Older men are looking for someone who understands their busy schedule, is willing to be straightforward with them, and won’t play childish games.

If he recognizes these qualities in you and compliments you on them, it’s a good sign.

If your older guy mentions how mature you are, he’s also placing you in the same category as women his age.

Since he has noticed your maturity, it probably means he’s into you.

5. He includes you in his future plans

If he has a trip coming up or has always wanted to go somewhere and talks about bringing you with him, he’s into you.

He wouldn’t just bring someone he’s not interested in, especially if that person is younger than him.

Some older men might not be in the game of dating.

If you just ask him if he’s interested, he’ll probably be straightforward with you.

Asking can also clear up some misunderstandings.

It may be a little scary to ask an older man if he’s interested in you, but it shows maturity, and the worst he can say is “No.”

If he is interested in you, he’ll see how confident and candid you are, and it could strengthen his feelings for you. 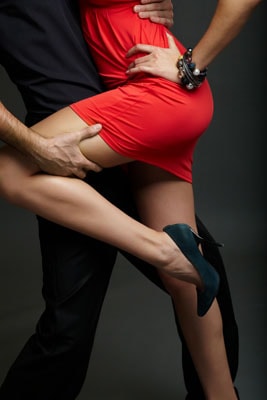 Overall, consider how you guys talk to one another.

Consider why he may be talking to someone your age.

If it makes you uncomfortable, obviously stop talking to him.

But there’s nothing wrong with dating someone older if you’re smart about it, and you’re of legal age.

If he makes you happy, share that with him, and you may be pleasantly surprised.

Don’t Miss: 9 Reasons Why the Guy Slept With You and Now Wants to Be Friends

Where to meet older guys?

There are many places where you can meet older men such as high-end lounges, trendy bars, and restaurants where they might go after work or for lunch, museums, golf courses and etc.

However, the most convenient place to meet older guys is online.

Read Next: Should I Try Online Dating? 8 Reasons to Give It a Try!

Previous article
How to Message Someone on Tinder in 5 Easy Steps?
Next article
How to Write Simple Tinder Bios That Get Results? (14 Powerful Tips)
Html code here! Replace this with any non empty raw html code and that's it.

10 Ways to Respond to a Cancelled Date (Plus Common Excuses)

How to Find a Boyfriend Online in 7 Days?