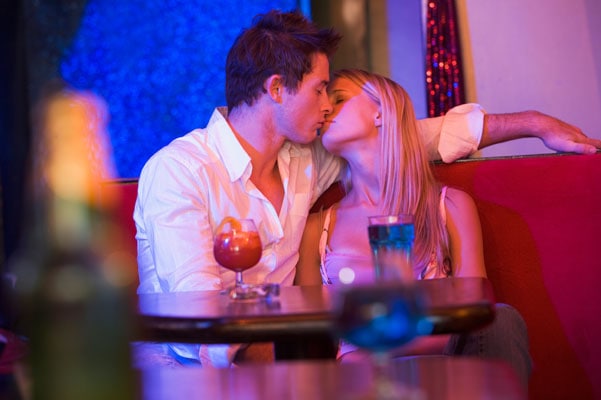 It can be very frustrating when you end up sleeping with a guy and now he just wants to be friends.

Why would he lead you on and sleep with you if he is not romantically interested in you?

To make the situation even more confusing he may try to sleep with you again later even after telling you that he just wants to be friends.

Should you be friends with someone you slept with or should you dump him and move one?

Well, there are a few explanations why some men will try to friend zone you after sleeping with you.

It is important to keep in mind that men are programmed differently biologically than women when it comes to physical intimacy.

For many men sleeping with a girl has nothing to do with being romantically attracted to her.

Don’t Miss: Why Don’t Guys Call After You Sleep With Them?

Why Men Want to be Friends After Sleeping with You?

1. He just wanted to get laid

Some men are not looking for anything serious and that’s why they might want to be just friends after sleeping with a girl.

This obviously not fair unless they told you about their intentions beforehand.

To avoid guys who just want to get into your pants first of all find out about their dating history.

Do they usually stay with a woman for a long time or move from one girl to another as soon as something better comes up?

Is he known as a player who sleeps around?

If he is, think twice before hooking up with him.

It is unlikely that he will treat you differently than all the other girls that he slept with.

2. You hooked up too soon

If you slept with a guy on the first date it is possible that all the attraction was only physical.

After sleeping with you, the guy realized that there is no intimate connection.

He may still be interested in you as a friend but doesn’t want to date you.

Try to go on at least three dates with a guy before sleeping with him.

Don’t Miss: How Long Do You Date Before Becoming a Boyfriend and Girlfriend?

3. It was just a one night stand

If you both were at a party and were drunk when you slept together, it was just a one night stand.

There is an unwritten rule that you shouldn’t date someone you had a one night stand with.

This is especially true if you didn’t get to know each other before getting intimate.

It was fun but there is no attraction and it is time to move on.

It is possible that something happened in the bedroom that turned off your partner and now he only sees you as a platonic friend.

Maybe you didn’t shave, didn’t want to use protection, were too quiet, or finished too fast.

However, in most cases, it has nothing to do with you and you are simply not physically compatible.

Everyone has preferences when it comes to physical compatibility.

5. He is already dating someone

Maybe the reason why he only wants to be friends with you is that he is already dating someone.

You both were drunk and your bodies took over but now the next day he realized that he made a mistake and doesn’t want to repeat it again.

6. He feels like you are out of his league

It is possible that he is either shy or lacks self-esteem and that’s why he wants to be friends instead of risking rejection by asking you to be his girlfriend.

7. He wants you to be his friend with benefits (FWB)

If the guy slept with you and still wants to be friends, it is likely that he will try to hook up with you later again.

That’s how most friends with benefits relationships start.

You need to decide for yourself if this is something you want before answering his booty call the next time he calls.

Don’t Miss: How to Navigate a Casual Relationship?

8. He thinks you are too easy

If the guy thinks you are too easy and anyone can sleep with you, he will likely prefer to stay friends instead of dating you.

This is especially true if you slept with him while still in a relationship with someone else.

It is also possible that his male friends will judge him if he starts a serious relationship with a woman who sleeps around and known for cheating on her boyfriends.

9. He doesn’t want to ruin your friendship

If you were friends with a guy for a long time before sleeping with him, it is possible that the guy might only think of you as a friend.

Many men still find their platonic girlfriends physically attractive and will sleep with them if the right time comes.

However, this doesn’t mean that they want to date them.

Sleeping with you was a mistake in his mind and now he wants to take the things back.

What to Do Next After He Just Wants to be Friends?

Don’t waste your time trying to persuade him otherwise.

There are a lot of other single attractive men you could be dating and there is no reason to chase someone who doesn’t see you as potential girlfriend material.

It is highly likely that the guy might later actually start developing feelings for you so just give him space and in meantime look for someone else.

Men are willing to sleep with a woman even if they are not looking for a romantic relationship.

It is not your fault and there is nothing to be ashamed of if he took advantage of you.

Think of it as a learning opportunity instead of blaming yourself for getting in bed with someone who is not good for you.

You can still stay friends with a guy but be careful not to repeat the same mistake.

Read Next: Should I Try Online Dating?

Previous article
11 Signs of Catfish on Tinder or Bumble
Next article
9 Reasons Why It Is Hard For a Successful Woman To Find a Man
Html code here! Replace this with any non empty raw html code and that's it.

20 Dating Profile Examples for Women Over 40

How to Know if a Christian Man Likes You and How to Get Him to Ask You Out?

How to Get a Waitress Number and Ask Her Out?

Is TikTok a Dating App? 2020 Guide to TikTok Dating

How Long Do Tinder Relationships Last?

How to Start a Conversation on Facebook With a Guy? (27 Examples)