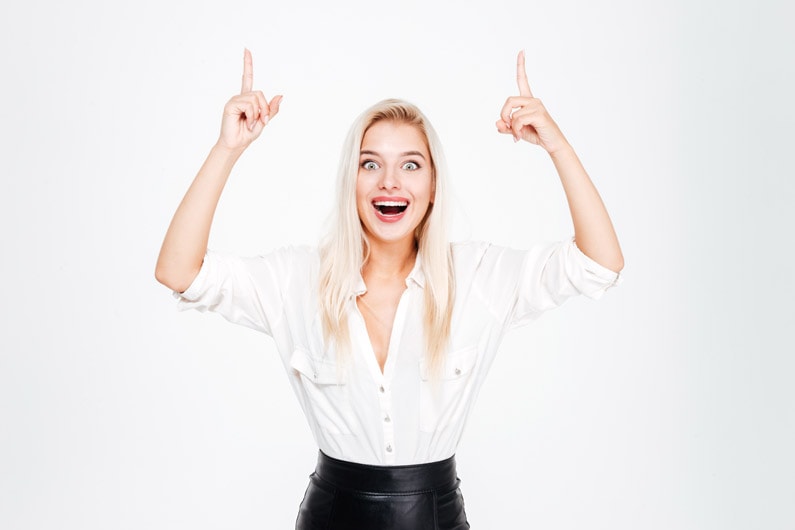 You probably know a lot of guys that find you attractive but as soon as you open up or sleep with them they just leave.

Do you feel like the guys you are interested in never want to have a relationship with you?

Finding someone interested in a serious relationship can be challenging.

First of all online dating made it very easy for men to meet women that are only looking for casual dating and secondly you are always competing with other girls.

So what really keeps the guy from committing to you?

Why Guys Don’t Want a Relationship With You?

Guys like easy girls because they are usually more approachable and much easier to sleep with but it doesn’t mean they want to date them.

It is human nature to give more appreciation to things that require work.

It doesn’t mean you should play hard to get just for the sake of it but you do need to have standards and avoid sleeping with every man you meet.

Make guys wait until you get to know them before getting intimate with them.

Very few guys will be willing to date or marry a girl that makes out with them 5 minutes after meeting in a club.

What Makes a Girl Seem Easy?

2. You are Too Flaky

If you always cancel or change plans after you agreed to meet up, many guys will think that you are not interested in them or seeing someone else.

This will leave you with men that don’t care about you canceling on them because they are seeing a lot of other girls or guys that are so desperate that they are willing to wait for you no matter what you do.

Both of these types of men usually don’t make the best long-term partners.

3. You are Afraid to Open Up

Falling in love and forming a serious relationship requires both partners to open up and show their vulnerable sides.

This is especially important for women because it makes them appear more feminine and many guys are drawn to women like that.

4. You Don’t Want to Commit

Some women call this behavior “playing hard to get” but for many men, it can be a turn-off and can push them away.

5. You Attract the Wrong Guys

If none of the guys you hang out with want to have a relationship with you, it is possible that you just not attracting the right guys.

Very few guys that you meet in clubs, bars, or on Tinder are interested in serious relationships.

Most of them just want to have casual fun without any commitment.

So instead try to meet guys in other places such as gyms, while on a way to work, through meet-up groups, or try online dating sites that cater towards singles interested in a serious relationship.

Some women make the mistake of waiting for guys to approach them which leaves them with very limited options.

Don’t be afraid to ask a guy out if you meet someone you really like. Yes, you might get rejected but at least you will not regret it.

6. You Need to Work on Your Appearance

Appearance plays a huge role when it comes to the initial attraction.

Later after you get to know the guy that’s when your personality will have time to shine but initially, you should try to look the best you can.

There are a few ways to look more attractive such as wearing better fitting and trendier clothing, heels, working out, getting a new hairstyle, and wearing make-up.

Taking care of yourself will also help you to feel more confident and guys will notice it.

Men, in general, are more attracted to confident women.

Social skills and the ability to communicate effectively play a huge role in building a relationship with a guy.

If you have poor social skills you both will get bored with each other and this also can create a lot of room for miscommunication that can drive you both apart.

8. You Move Too Fast

Many guys get scared and leave when a woman they are seeing is moving too fast.

Moving too fast means saying “I love you” before you get to know the guy, hinting that you want to move in together, or talking about marriage and kids in the first month of dating.

Don’t miss: 10 Reasons Why Some Men Date Multiple People at Once

9. You are Hiding Your Feminine Side

Some women are afraid or don’t know how to show their feminine side and this might push some guys away from dating them.

Some ways to be more feminine are to wear girly clothing, jewelry, style your hair, wear make-up, wear heels, avoid swearing, be emphatic and show your vulnerability.

Having goals and ambitions is very attractive.

Men want to date a woman that has the drive and is passionate about her life.

11. You Expect Guys to Pay for Everything

A long time ago it was expected that a guy would pay for a date but nowadays both men and women often share the bill.

It is okay to let the guy pay if he insists but always offer to pay so that he knows that you are not just using him for money.

12. You Have a Bad Reputation

Having a bad reputation especially when it comes to your dating history can make it hard for you to find men interested in committing to you.

Depending on your situation you can either try dating outside of your social circle or even moving to a different city.

Read Next: 9 Reasons Why It Is Hard For a Successful Woman To Find a Man

13. You Project a Lot of Negativity

If you are always complaining to guys about being lonely or come across as unhappy most guys will avoid spending time with you and even fewer will be interested in dating you.

Men want to be around positive optimistic women instead of the ones that are always miserable.

14. You are Too Old-Fashioned

For example, if you make it clear to the guy that you are not sleeping with him until the marriage he will likely go away.

The same goes for expecting him to court you by taking you to fancy places and paying for everything.

15. You are Too Impatient

Don’t dump guys just because they are not looking for a serious relationship right away.

Sometimes it can take time for a guy to fall in love with you and develop attraction before he will commit to you.

16. You Have Unrealistic Expectations

Everyone wants to date tall, dark-haired handsome rich men but unfortunately, there are not too many guys like that.

If you are not giving guys that are less than 7/10 on the attractiveness scale any chance you will have a tough time finding a serious boyfriend.

Many of those very attractive men might sleep with you but very few will actually commit because they know that they can get any girl they want.

Previous article
8 Reasons Why Guys Ghost Women (Make Them Regret It)
Next article
6 Ways to Tell Your Best Friend You’re In Love With Them
Html code here! Replace this with any non empty raw html code and that's it.

How to Find a Rich Man to Marry?

140 Examples of How to DM a Girl on Instagram

19 Reasons Why Guys in Relationships Go on Dating Sites

Should I Get a Sugar Daddy? Advantages and Disadvantages of Being a Sugar Baby