14 Workplace Flirting Signs: How to Tell If a Guy Likes You At Work? 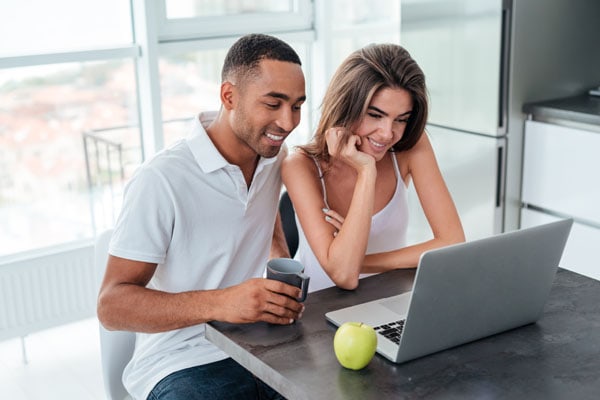 Do you feel like one of your male coworkers is flirting with you but not 100% sure?

It is not always easy to see the difference between someone being friendly or actually attracted to you.

Dating in a workplace can be tricky because if you mistake someone’s friendliness for flirting and make your move, things can get pretty awkward with your coworkers.

Signs That a Male Coworker Secretly Likes You

Here are the signs to look for to find out if your coworker has feelings for you.

1. He Asks About Your Dating Life

If the guy is interested in you, he might be curious if you are dating anyone right now. He might also share the information about his own dating situation even if you don’t ask him.

Don’t miss: How to Tell If Your Boss is Attracted to You?

2. He Always Tries to Be Close to You

When the guy finds you attractive, he will try to spend more time with you by being as close to you as possible during meetings, work trips, and social events. He might also try to sit next to you during conference calls or even save a seat for you.

When he is talking to you, he might stand closer to you than socially acceptable at work.

He might also be often asking for your help or offering his help just to be closer and spend more time with you.

3. He Buys You Coffee and Snacks

Another sign that a guy likes you is when he buys coffee, food or even small gifts for you. If he is only doing it for you and not your other coworkers, then it is a pretty clear sign that he is interested in you.

If he was just a friendly guy, on the other hand, he would buy coffee and food not just for you but for the rest of your team as well.

4. He is Checking You Out

When checking you out the guy will try his best to hide it and if you notice, it is a strong sign that he is attracted to you. Especially if he is looking at your lower back or chest.

He might also try to sneak a peek at your 🍒 when talking to you if he feels confident.

Read next: 10 Signs Your Boss Wants To Sleep With You

5. He Likes to Touch You

If initiates a lot of physical contact like giving you high fives, grabbing your hand, touching your arm to make a point, or giving you an extended hug, it might be a sign that he likes you. Especially if he only does this to you and not to your coworkers.

He might also try to invade your personal space instead of physically touching you when talking, sitting, or standing next to you.

6. He Complains You About His Girlfriend

If he is dating someone, he might tell you how he is not happy with his current girlfriend or even his wife. He might do this to show you that he is available if someone better comes around.

If he is not dating anyone, he might tell you that he is single but looking.

7. He Gives You Compliments

He may also compliment how good you smell if you are wearing perfume.

8. He Jokes About Going Out With You

If he ever jokingly tells you that he would date or go out with you, it is likely that there is some truth to it.

9. He Likes to Text You After Work

If he often texts you for no obvious reason when you are at home, it is another sign that he likes you. He might be asking you what are your plans, how is your night going or what did you end up doing on a weekend.

He might also share with you his own weekend plans in hopes that you would ask him if you can join.

10. He Adds You On Social Media

11. Your Coworkers Tell You That He Has a Crush on You

If your other coworkers mention that your male coworker likes you, it is highly likely that they are right.

Some signs of attraction and flirting might be more obvious to someone who is watching it from aside.

12. He Goes to All the Social Events With You

If he is not the type of guy that goes to all the social events but when you mention that you are going he changes his mind it is a sign that he is attracted to you.

Being able to read your coworker’s body language is the easiest way to find out if he is truly attracted to you.

Most guys are not as good as women when it comes to hiding their body language if they see someone attractive.

Don’t miss: 5 Things That Make a Man Leave His Wife For Another Woman

Top Body Language Signs That Your Coworker Likes You

In many cases, you will be able to feel if the guy is flirting with you. Your conscious mind might not be able to pick up all the subtle signs of attraction like dilated pupils, body language mirroring, him leaning to you when talking, or his nervousness/excitement when he sees you, but your subconscious mind will feel it and that’s why you will get that gut feeling.

You may also feel that there is some type of intimate tension between you two even though you can’t point out what it that.

Use your gut feeling with other flirting signs that we discussed today to determine if your male coworker likes you.

Don’t miss: How to Ask a Coworker Out on a Date?

Should You Date Your Male Coworker?

Before you decide on whether you should date the guy you like at work, it might be a good idea to check your workplace dating policy to avoid getting you both in trouble.

In most cases, dating coworkers is discouraged but not prohibited as long as you don’t report to each other and behave professionally while at work. So no kissing, hugging, or arguing at work.

That’s why workplace romance is usually more complicated when one of you is a boss and another one is reporting to him.

Another big NO is dating a coworker who is already married. You don’t want to ruin your reputation and be known as a mistress among your coworkers.

Of course, you can keep it a secret but your other coworkers will likely find out sooner or later.

You should also keep in mind that if you break up, you will still see your ex every day. This means you will have to completely remove any negative emotions left by the breakup and be able to work in a team with your ex.

That’s why in most cases it is better to avoid workplace romance unless you both are head over heels in love with each other or the guy is from a completely different department and you don’t see him on daily basis.

Read next: 10 Top Signs a Male Coworker Likes You

27 Best “About Me” Examples for Dating Sites (Men’s Edition)

50 Hook Up Messages to Text Your Friend With Benefits

5 Reasons Why Younger Guys are Attracted To You

10 Romantic Topics to Talk With Your Girlfriend at Night

6 Steps to Find a Girlfriend at 30