7 Signs a Guy Has Never Had a Girlfriend (How to Date Him?) 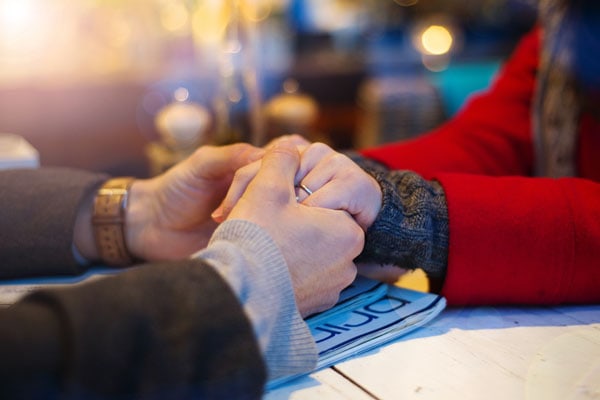 Do you suspect that the guy you just started seeing has never had a girlfriend before?

There are many 25+ men that never dated anyone so if you met one you shouldn’t be too surprised.

Some women love dating guys that don’t have any previous dating experience while for other women it might be a red flag.

Why He Never Had a Girlfriend?

You shouldn’t be scared to date a guy who never had a girlfriend before. It is possible that he has a good explanation for that.

5 Main Reasons Why He Never Had a Girlfriend

1. He Didn’t Find the Right Girl

Some guys don’t like to date a girl unless they are sure that they can settle down with her. These are the men that usually end up marrying their first girlfriend.

2. He Doesn’t Have Time for Dating

Maybe he is focusing on his career or school which leaves him with no room for social life.

It can be even more challenging for him to find a girlfriend if he studies or works in a male dominant field like engineering, computer science, or IT.

Don’t miss: How to Date an Engineer?

3. He is Shy and Introverted

Getting a girlfriend requires a guy to be social and have the courage to take chances that might result in rejection.

Shy and introverted guys usually try to avoid rejections at all costs and that’s why many of them are single. Usually, it takes more time for these guys to find the right girl who will understand them.

Don’t miss: How to Ask a Guy Out Without Getting Rejected?

4. He is Too Needy and Insecure

Being needy can push many girls away while insecurity can make a guy come across as jealous or even controlling.

5. He is Looking for a Perfect Match

No one is perfect and trying to find that perfect girl that will tick off all the boxes on his wish list might be the reason why he is still single.

Read next: What to Do If He Doesn’t Want a Relationship?

7 Signs a Guy Has Never Had a Girlfriend

Now let’s take a look at the typical signs that you will notice when a guy you are interested in never dated anyone before.

1. He Gets Shy When You Try to be Physical With Him

Does he get all awkward when you try to hug or hold his hand? If he does, it is possible that it is his first time to be physical with a girl.

If he has trouble holding your hand it is a pretty sure sign that he never dated anyone before.

2. He Doesn’t Know How to Kiss

If you end up kissing, you will notice that he is not sure what he is doing. It might also take much longer for him to try to kiss you.

Guys with no experience like to wait until they are absolutely sure that you like them before going for a kiss to avoid being rejected.

The same goes for the first time you decide to hook up. If he lacks the skills in bed it is because he never did it before.

3. He Gets Jealous and Possessive

If he seems to be a little too possessive and jealous it is possible that he feels insecure because you are his first girlfriend.

Checking on you by texting and calling you dozens of times per day helps him to reassure himself that you still like him. This is can be an even bigger problem if a guy lacks self-esteem.

Not every guy who never dated before is controlling but you shouldn’t ignore this sign.

4. He Doesn’t Get Your Cues

You might notice that he is clueless when it comes to reading your body language.

He might not see when you are flirting and might even feel like you are trying to make fun of him. A more extreme example would be you both making out and him not calling you the next day because he is not sure if you like him.

The opposite example would be for him to continue texting or calling you when you made it obvious to him that you are not interested.

5. He Doesn’t Know How to Behave on a First Date

If you went to a restaurant for a first date and he barely spoke there, it is possible that he was too invested in this meeting and tried not to say something that you might dislike.

Other guys with a lack of dating experience might get too drunk on the first date, talk about how they never had luck with women, or just treat you like a guy friend instead of their date.

6. He Agrees With Everything You Say or Do

He might act too agreeable to make you feel more attracted to him even if it means going against his own beliefs. Basically acting like a typical “nice guy”.

7. He is Afraid to Make the First Move

He might take time to get enough courage to go for a kiss or even a simple hug.

If he doesn’t try to hug or hold your hand after a date or two it might be a sign that he never had a girlfriend.

8. He Doesn’t Understand the Concept of a Relationship

This might mean him not doing any romantic things that most men do like holding your hand when walking, kissing goodnight, or messaging you throughout the day to see how you are doing.

It might also mean that he doesn’t pay much attention to you or gives you compliments or small gifts. The same goes for not putting any emphasis on anniversaries or completely forgetting about them.

Lastly, he may think that it is not important to introduce you to his friends or parents.

Read next: 9 Reasons Why It Is Hard For a Successful Woman To Find a Man

How to Date a Guy Who Has Never Had a Girlfriend?

You will need to be patient and open-minded when dating a guy who was never in a relationship before.

As we discussed, he might be shy when it comes to intimacy and might not know what to do. Give him time and don’t blame him for his lack of relationship skills.

He might also not realize how much work relationships are and may act like everything is over even after a small argument. You might have to be the one who will keep things cool.

Also, it might take longer for him to fully open up to you so don’t feel bad about dropping hints about what you want. Since he is likely not good at picking up your cues you might have to be more direct to get your point across.

If he gets too clingy or insecure, reassure him that you only like him and no one else and there is no reason for him to worry if you are late from work because you were hanging out with your workmates.

Lastly don’t make him feel bad because he never dated anyone and don’t brag about your exes or mention how many people you slept with.

On a positive note, if you date a guy that never had a girlfriend, you can teach him to treat you the way you like and you will always be his special one because you are his first love.

Read next: Top 5 Signs He Wants to Marry You in the Future

Previous article
8 Ways to Tell If a Woman Is Checking You Out
Next article
101 Dirty Text Messages For Him To Wake Up To (Seductive Good Morning Texts)
Html code here! Replace this with any non empty raw html code and that's it.

17 Signs Your Wife or Girlfriend Just Slept With Someone Else

How to Make Your Girlfriend or Boyfriend Jealous Without Losing Them?

Top 5 Signs He Wants to Marry You in the Future