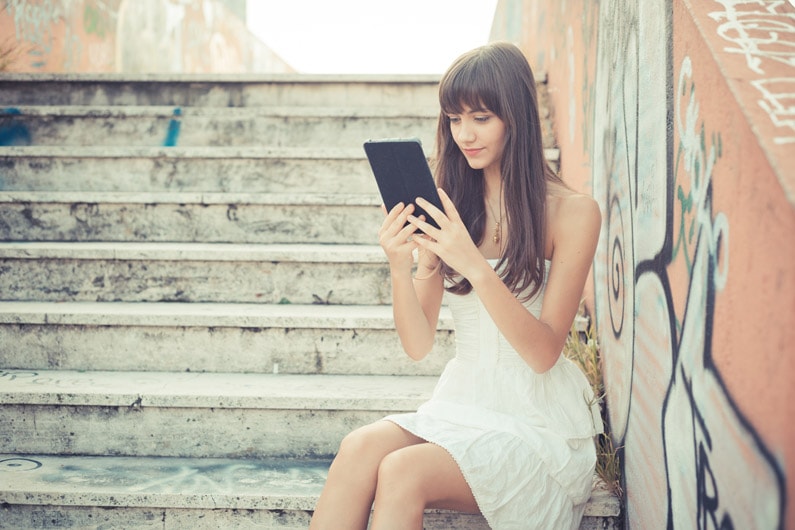 You met an amazing guy, went on a few dates, had fun together, and even started to think that he might be the one before he suddenly disappears.

It might be hard to wrap your head around why a guy who seemed to be so interested in you would lead you on and then just ghost you.

What is even more confusing is when he shows back again after some time. Maybe you already moved on and forgot about him and that’s when he comes back into your life again. This can be a very frustrating experience.

Should you take him back and give him another chance if he already broke your heart by leaving without telling you anything?

Before you make any decision, it is important to figure out why he left in the first place.

Read next: How Often Should a Guy Text You in the Beginning?

Some men and women disappear without saying anything because it is easy.

They don’t need to explain anything to their partner and it might feel like an easy way to let someone go without hurting their feelings.

1. You Were Moving Too Fast

Some guys get scared and disappear when the relationship moves too fast.

If you just been on a couple of dates and you already mentioned having kids or moving in together, it can scare a lot of guys away. The same goes for introducing a guy as your boyfriend to your friends or family if you only met him a few times.

There are also guys that are only interested in casual dating and they tend to run away as soon as they feel like you are getting too attached to them.

Maybe he just got over a rough divorce or recently became single after a long-term relationship and is not ready to fully commit until he gets over his ex.

Guys like these might come back later to you when they are ready for something more serious.

2. He Just Wanted to Sleep With You

Unfortunately, sometimes attraction is only physical and after sleeping with you some guys might disappear because they are not interested in any type of commitment.

That’s why it is usually a good idea to wait before sleeping with a guy. This way you can figure out if you are actually compatible.

Most of the time sleeping with a guy on a first date doesn’t make him feel more attracted to you. Instead, he might think that you just wanted to hook up and are not looking for anything serious.

However, it doesn’t mean that you have to make him wait six months to sleep with you. You don’t want to make him think that you are using him.

3. He Lost Interest in You

It is important to keep in mind that you will not be compatible with every guy you meet.

If you meet someone online, you might feel like you are perfect for each other but after going on a few dates one of you might realize that they are not attracted anymore.

This is especially common if you were not fully honest on your dating profile.

Making yourself look more attractive online will get you more matches and messages but unfortunately, when you meet a guy in real life it might be a turn-off because you were not fully honest with him.

That’s why it is usually a good idea to arrange a date as soon as possible if you met online. This way you don’t have to waste your time chatting with someone who might not be a good match for you in real life.

However, after a break, it is possible that a guy might realize that he actually has feelings for you and will try to get back to you.

4. He Is Not Sure About You

Maybe he is attracted to you and likes your personality but not enough to fully commit to you.

He might disappear because he can’t make a decision on whether he wants to be with you or not.

After being away from you for a while he might realize that you are actually a good match for him and he may come back.

One of the main reasons why it is so hard for people nowadays to make a decision when it comes to dating is because of so many options.

Online dating makes it easy to meet a lot of singles and choosing the right match can be a challenge both because of the large number of available singles as well as the fear of missing out if you stop seeing other people.

5. You Did Something That Turned Him Off

Everyone sometimes does things that might feel okay for them but might be a big turn-off for their partner.

For example, you might have said that you hate country music, and if your date is into country music it can be a turn-off and he might decide not to see you again.

Examples of Turn-offs When You Just Started Seeing a Guy

However, with time a guy might forget about this turn-off or realize that it is not a big deal and he will go back to you again.

Don’t miss: 9 Reasons Why the Guy Slept With You and Now Wants to Be Friends

6. He Found Someone Else

If you met a guy online, it is highly likely that he is talking to other women and probably going on dates with them as well.

If somebody more compatible comes along, he might stop talking to you but if the things with that other girl don’t work out, he might get back to you later.

7. He is Already in Relationship or Married

It is very common for men that are married to suddenly disappear and then show up again.

You will likely notice that he is very secretive about his personal information and never brings you home.

Even after he comes back to you, he will still continue to disappear every once in a while to go back to his wife or girlfriend.

If he just broke up with his ex, it is likely that he still has feelings for her and he might go back until they have another fight.

If the guy continues leaving you for his ex whenever she texts him, it better to let him go. You don’t want to become a part of this weird love triangle.

9. He Is Busy With Work or School

Some guys are not good communicators and when they get too busy they might stop keeping in touch with you.

However, after they are done with their work project or exams they might text you again because now they have time for you.

Don’t miss: 7 Signs a Guy Has Never Had a Girlfriend

10. His Family Doesn’t Want Him to Date You

There are some very conservative families where parents have a say on whom a guy can date.

If this is the case, the guy might disappear but later he might decide to go against his family’s wishes and will get in touch with you again.

Unfortunately, he might not be willing to tell you what actually happened and will give other fake excuses.

If never talks about his family or doesn’t want you to meet them this can be the case.

Should You Give a Guy That Disappeared Another Chance?

In most cases, it is better to ignore the guy that left you without any explanation.

It is likely that he met someone else who he thought was more attractive or better than you but things didn’t work out and now he is back to you. You don’t want to be someone’s second choice.

However, there are always exceptions. If he comes back and gives you a reasonable explanation of what happened it might be worth giving him another try. Especially if it was nothing to do with him seeing someone else.

You should also consider for how long he disappeared. Was it a few days or few months?

Also, be sure that he actually disappeared. Did you text and call him and he didn’t reply?

If the guy is not texting your first, it doesn’t mean that he disappeared. It is possible that he stopped texting you to see if you are interested enough to message him first.

In any case, it is a good idea to make your expectation clear and explain to a guy you are seeing that trust and communication are very important to you and you expect him to keep you informed when something comes up.

Read next: 10 Ways to Respond to a Cancelled Date

Previous article
51 Dirty and Funny Tinder Dating Bios to Get More Messages (Examples for Women)
Next article
52 Funny and Cute Bumble Conversation Starters for Women
Html code here! Replace this with any non empty raw html code and that's it.

6 Signs Your Personal Trainer Has Crush You

20 Dating Profile Examples for Women Over 40

27 Examples of How to Not Be a Dry Boring Texter